Following a Musical Instruments BSc, London Met 2011 graduate Jacob Menear is now one of the few people in the world who can make guitars with 'sympathetic strings'.

Following a Musical Instruments BSc, London Met 2011 graduate Jacob Menear is now one of the few people in the world who can make guitars with 'sympathetic strings'.

Sympathetic strings are additional strings found mostly in Indian musical instruments, like the sitar, as well as some western folk instruments. The strings are not played directly, but rather indirectly through the notes that are played on the main strings.

In the final year of his undergraduate course, Jacob made two sympathetic string guitars, which are amongst a handful of such guitars in existence.

Jacob’s unique work in the field won him a scholarship from the Arts & Humanities Research Council, which has allowed him to take the MA by Project (Music Technology) at London Met.

Jacob said: “The Master’s course at London Met has allowed me to do more research and develop the idea (of sympathetic guitars) further.”

During his BSc, Jacob said his most proud moment was winning second place in the wood section at the ‘Young Craftsman of the Year’ awards at the South of England Agricultural Society Show.

Lewis Jones, the Director for the Centre for New Musical Instruments at London Met, said: “Jacob was an outstanding student in all aspects of the course”.

Jacob, from Storrington in West Sussex, did three science A-levels, and found the Musical Instruments course at London Met “purely by accident”.

The BSc Musical Instruments in The Cass is one of only a few instrument making courses in the UK.

“I’m so glad I found the course,” said Jacob. “I really enjoyed it – and now I’m always trying to encourage other people to do it!

“It is a lot of fun, the London Met facilities are excellent and the technicians are really helpful as well.

“The best part of the course was when you finally finish something, and you put the strings on, everyone gathers around to look and listen.”

Now that he is a specialist in sympathetic strings, Jacob plans to start his own business, making and selling instruments.

Jacob said: “In this industry, you know you’re never going to be rich... but I enjoy creating something that other people can use.” 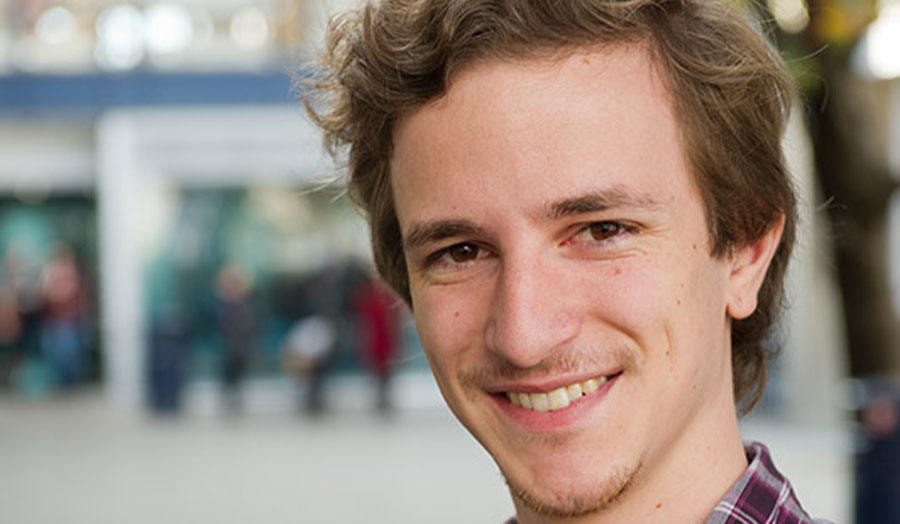