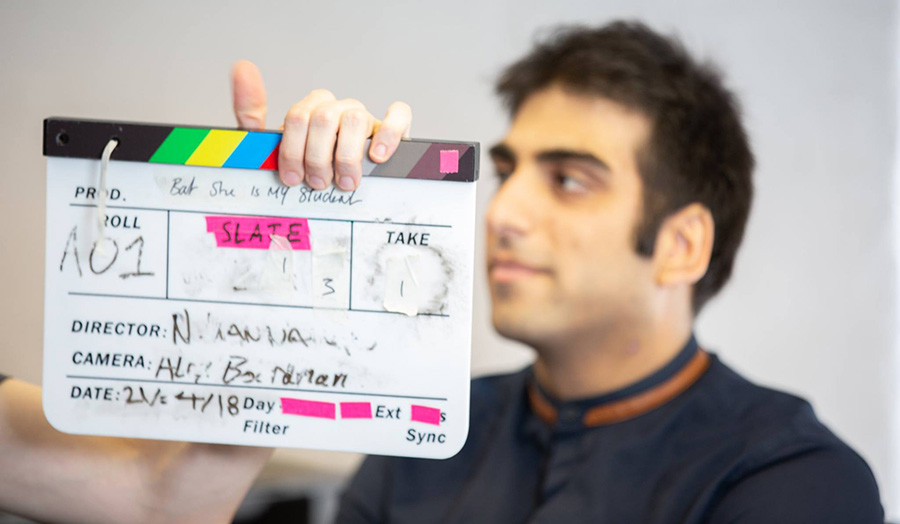 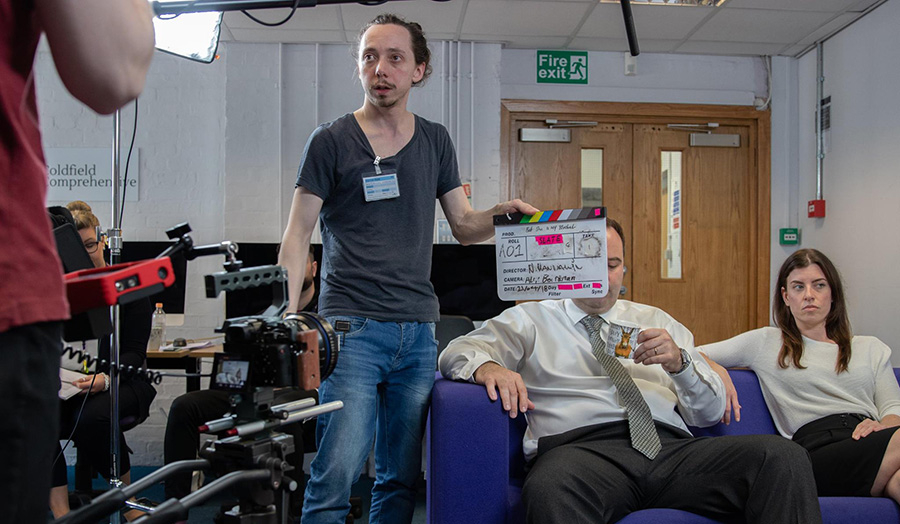 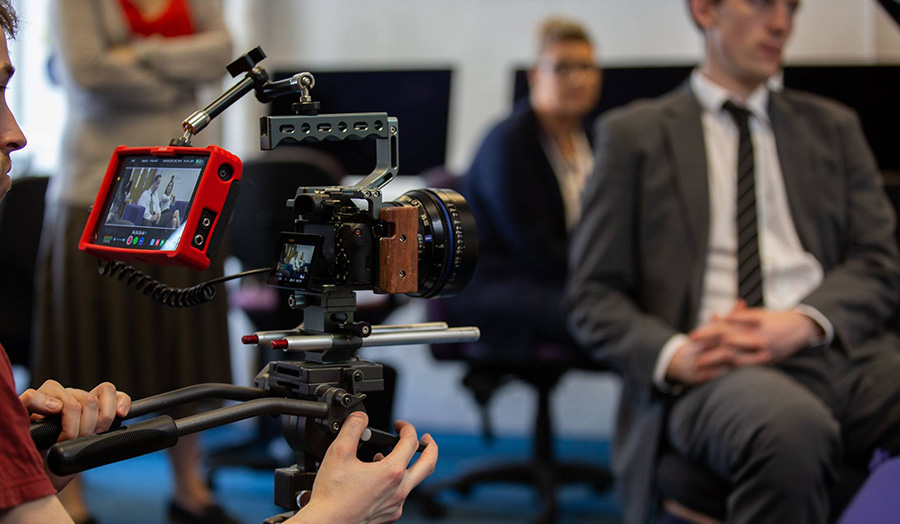 Three London Met alumni have returned to the University to use the campus as a set for leading lesbian fiction, ‘But She Is My Student.’

Three London Met alumni have come together since graduating to create a short film based on ‘But She Is My Student’ by well-known author, Kiki Archer, with the hope of gaining funding to create a full-length feature film.

Mohammed Beheshti, Nathan Hannawin and Alex Boardman, who all studied Film and Broadcast Production BA at London Met, were commissioned to produce the film by Winters Archer Productions, a film production company set up by Kiki Archer and Jade Winters – two authors and entrepreneurs who aim to create a trusted community of women intent on bringing the very best of lesbian fiction to the big screen.

“I could tell that it could potentially be a taboo subject although not one that has never been explored before,” said Nathan Hannawin.

“After reading the script, and then the book, I realised how Kiki had sensitively approached what could be a very real situation. Given the title, I think a lot of people will automatically jump to conclusions about the story, but nothing actually happens that would in any way break the law.

“Because of this, I knew there was a scope to manipulate people’s fears of anything taboo and be able to submerge people in the situation Kat finds herself in.”

The film tells the story of a Kat, a teacher who kisses a girl at a bar before starting her new job on Monday. On Monday, she realises the girl is one of her students. Their romantic relationship ends there as they both understand what the ramifications could mean.

The short film will be submitted to film festivals to attract investment to progress the short film to a full-length feature film.

Watch the ‘Backstage and on set’ video on YouTube.