Lenny paid a visit in his capacity as Honorary Life President of Comic Relief, who have provided funding for the innovative scheme.

Actor, writer, presenter and comedian Lenny Henry recently visited the Fight 4 Change Rollin’ with the Punches programme, which is supported by London Met and hosted at the Black Prince Community Hub in Lambeth.

Rollin’ With the Punches is an innovative solution to mental health problems that offers an alternative to the traditional medical model of prescribing medicine by making use of the endorphins that are released when we are physically active and which have been found to help alleviate anxiety and depression, the two most common forms of mental illness.

In the context of a safe and supportive boxing gym environment, Rollin’ with the Punches uses boxing as an analogy, via boxing drills to teach participants how to defend blows, climb off the campus, change a losing fight strategy and develop a champion’s positive mental attitude.

Once ingrained in the ring, reflection is used to establish how these coping strategies can be extended and connected to participants’ fight with mental illness, so that participants become less vulnerable.

Further to boxing participation, participants are also trained in mindfulness techniques that can improve their mental well-being, based upon a methodology developed by Fight 4 Change Trustee Dr Tamara Russell, author of multiple books on Mindfulness.

Lenny paid a visit in his capacity as Honorary Life President of Comic Relief, who have provided funding for the initiative alongside Lambeth Borough Council, London Metropolitan University’s Transformation Fund, and the Greater London Authority’s London Together Fund.

Lenny was one of the driving forces behind Comic Relief’s growth right from the very beginning, and has held the position of Honorary Life President since 2017, following more than 27 years as a trustee for the organisation.

You can join the programme with a referral from a mental health professional by contacting John White, Rollin’ with the Punches Programme Manager on John@Fight4Change.org.uk or 07426 037347. 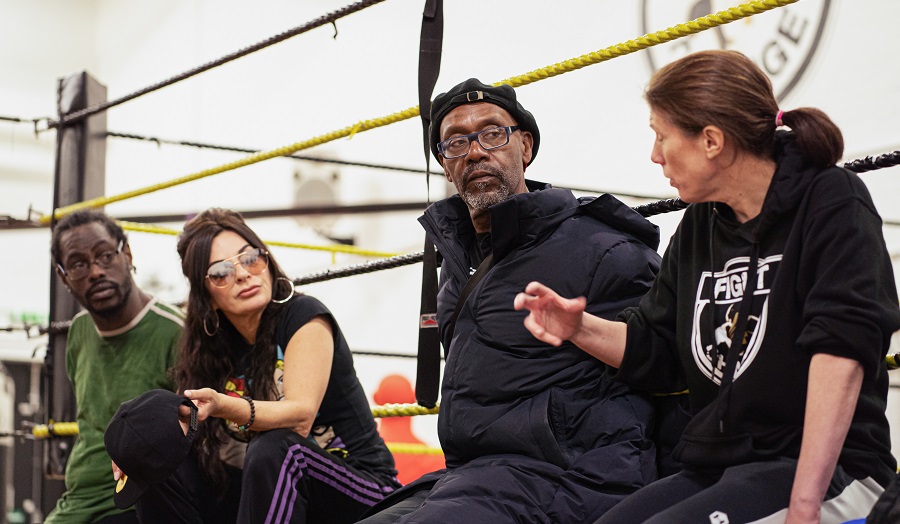