Two first year Law students have successfully won the first round of a national mooting competition.

Sarah Harty and Daniel Dawson, both first year Law students at London Met, have successfully won the first round of a mooting competition held at London South Bank University on 13 December.

Competing against third year London South Bank University students in a mock legal appeal, the team responded to a complex case involving psychiatric injuries caused to a claimant on attending an accident involving her foster child. They were coached by their tutor, Barrie Goldstone.

“It is a privilege and a pleasure to coach London Met students in mooting, and two Supreme Court Justices have recently stated that ours is the best mooting they have seen,” said Barrie Goldstone, Head of Law at London Met.

“It is important to get this message to the wider academic and legal community, as well as giving our students experience and exposure in the outside world, and competing in national Mooting Competitions is a fine way to do this.”

The two students were chosen after taking part in an audition which was open to all London Met Law students.

They were judged on four categories; content, strategy, style and ability to respond by Rob Walton of Landmark Chambers.

Student Daniel Dawson said: “Gaining further insight into the way the courts work was great and I thoroughly enjoyed our mooting experience. I couldn’t have done it without the fantastic support from Barrie and my amazing fellow student Sarah.”

“[Barrie’s] coaching and preparation of the cases and the files, and us, was superb. It was above and beyond and very much in line with my experience of the Common Professional Examination (CPE) as a whole,” Sarah said.

“Our current team members, Sarah Harty and Daniel Dawson, are an enormous credit to the Law School and the University, working at fever pitch to pick up the knowledge and skills needed to beat the excellent, well-established team from London South Bank University in only a few weeks,” Barrie continued.

“Their success so far is also a tribute to the rest of the Law staff who have taught and honed the team in the essential legal skills of research, analysis and presentation, and all in just 12 weeks since the students began their legal studies.” 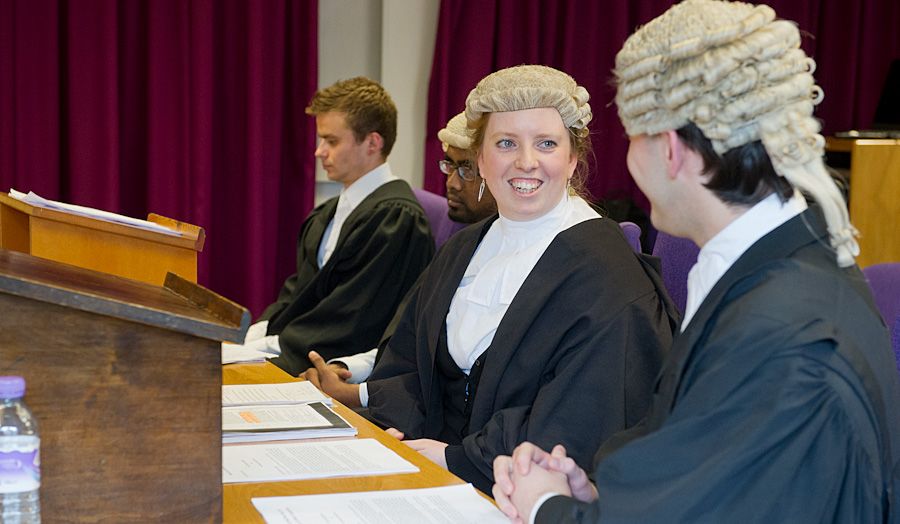