The Islington North MP and incumbent Leader of the Labour Party visited the University to meet students and staff, and discuss the challenges facing the local community.

London Met was delighted to welcome Leader of the Labour Party, and the University’s own local MP, Jeremy Corbyn. He met with the Vice-Chancellor, Lynn Dobbs, and President of the Students’ Union, Diini Muse, who together discussed their common goals for the local community, and the ways in which he can work with students and staff to tackle the challenges facing London.

Corbyn also joined an event organised by the Students’ Union Council, chaired by Aneeb Malik, ahead of the Students’ Union elections next week. Corbyn personally gave his congratulations to the candidates standing for election, before taking part in a Q&A with the students.

He described being dropped off on Holloway Road when he first came to London on a truck from Shropshire to work as a trade union organiser, where he has "remained ever since", later becoming the MP for Islington North in 1983.

Corbyn discussed the issues facing the local area and the city, saying, “London like many other cities has a massive population turnover, which in some ways can be good and can be creative in a community, but it also leads to a lot of isolation and dislocation. Investing in the needs of communities and supporting their development is a very important part, in my view, of social policy.

“This community has rich and poor living alongside each other. Within five minutes’ walk of London Met, you could go up to Highbury Fields and see houses that would be on the market for several millions of pounds. Or you could walk slightly in the other direction, to Harvest Estate and you’ll find a mixture of people, some of whom are really up against it. 40% of the children in Islington are in relative poverty, and that is as high as you’ll find almost anywhere in the country. Although the image of the area is one of middle-class aspiration, that is not really an accurate reflection of the community as a whole.

“I see it as my responsibility to represent the people of this community and to work with all communities and organisations in this area, and that means having a good, close working relationship with this university. This is an area that I’m very proud to represent but we have these massive social issues that we have to face.”

The questions from the audience explored a range of topics, including his predictions for the economy post-Brexit, the biggest challenges he has faced throughout his career and his plans for when he steps down as leader of the Labour party. The Q&A in its entirety can be viewed on the London Met SU YouTube Channel. 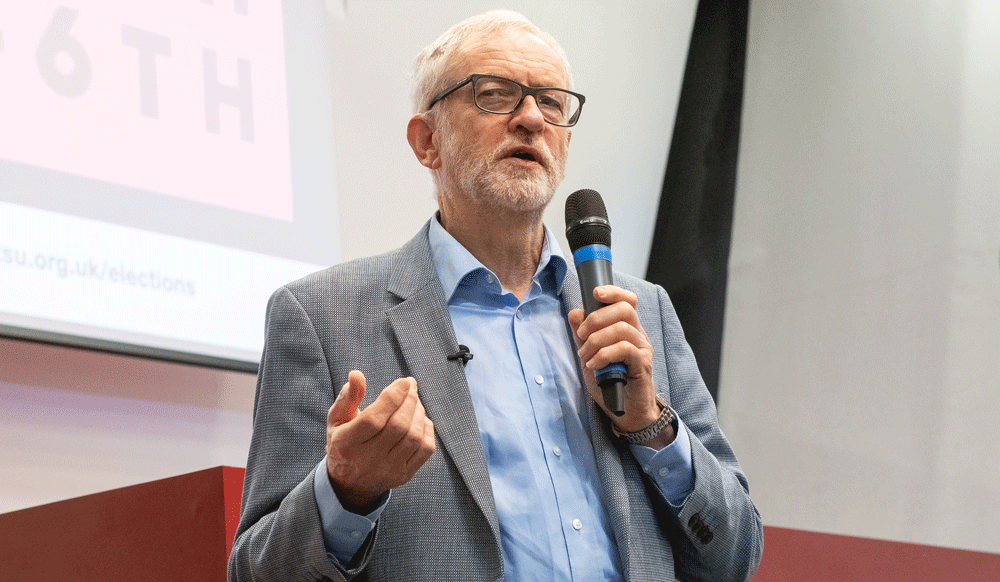