Irish Nurses in the NHS: the oral history project team meet the Irish Ambassador News from the School of Social Sciences

Professor Louise Ryan and Grainne McPolin were invited to speak about their research with Irish nurses who had been recruited to train and work in the NHS from the 1940s onwards.

Professor Louise Ryan, Director of the Global Diversities and Inequalities Research Centre, along with independent documentary maker Grainne McPolin, were invited to speak at the Conference of Irish Community Organisations for North of England in Manchester on 30 September.

The conference organised by the Irish Consulate General, Ms Sarah Mangan, and hosted by the Irish World Heritage Centre in Manchester, brought together a large number of community organisations from across the North of England from Liverpool to Newcastle, Birmingham to Huddersfield.

Louise and Grainne were invited to speak about their research with Irish nurses who had been recruited to train and work in the NHS from the 1940s onwards. Many organisations expressed their support for the research and will now work with Louise and Grainne to locate suitable participants for the project across the North of England.

This oral history project began as a London-based study, supported by a grant from the London Irish Centre. However, following a generous grant from the Irish Department for Foreign Affairs, the research will now extend beyond London to cover the whole of Britain.

Taking advantage of their visit to Manchester, Louise and Grainne had arranged to meet and interview Maureen Ryan. Maureen, a sprightly 88-year-old lady, migrated from the North of Ireland to train as a nurse in Romford, Essex in 1952. Maureen later moved to Sheffield.

Louise and Grainne have accepted an invitation to visit the Irish Embassy in London in October to speak further about this exciting research project. 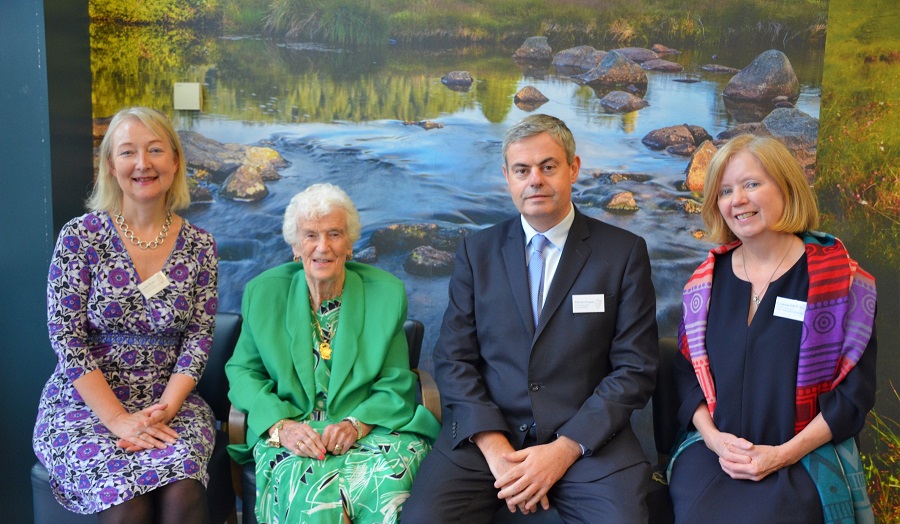