“Interpreting is not just a job,” says London Met alumna News from the Guildhall School of Business and Law

Carla De La Vega, a Conference Interpreting MA alumna at London Met, was given the opportunity to interpret for Lord Sebastian Coe at a high profile meeting.

Conference Interpreting MA students at London Metropolitan University are frequently given the opportunity to use the skills they learnt at University in the real working world.

Carla De La Vega, an alumna of the University, seized the chance to interpret for Lord Sebastian Coe, the President of the International Association of Athletics Federation (IAAF). Held at the Sofitel London Heathrow Hotel, Carla attended the IAAF general meeting where she put her skills to the test.

Carla said: “Being a conference interpreter takes you to amazing places and gives you the opportunity to meet some very inspirational people who you would never expect to meet, let alone interpret for them!

“I was thrilled to interpret not only for Lord Seb Coe, who is the International Association of Athletics Federations President, but also for a number of Olympic Gold medallists, such as Sergey Bubka, who broke the World Pole Vault record 35 times, and Nawal El Moutawakel, who was the first female Muslim born on the continent of Africa to become an Olympic Champion in the 400m hurdle.”

Carla has interpreted at other high profile events including the launch of a new product for Nike, where she met the CEO. Similarly, she has also interpreted for Portuguese and Brazilian magazine editors as well as at the Reichstag building, which houses the German parliament.

Carla has also been commissioned to interpret as part of bus tours in Berlin. “Having the opportunity to visit interesting places while at the same time doing a job I truly enjoy makes this role one of the most rewarding aspects of my life,” she said.

“Interpreting is not just a job, it is a process of learning that you carry with you for your entire life.

“Conveying a keynote message from inspirational speakers is one of the most exciting things about being a conference interpreter.” 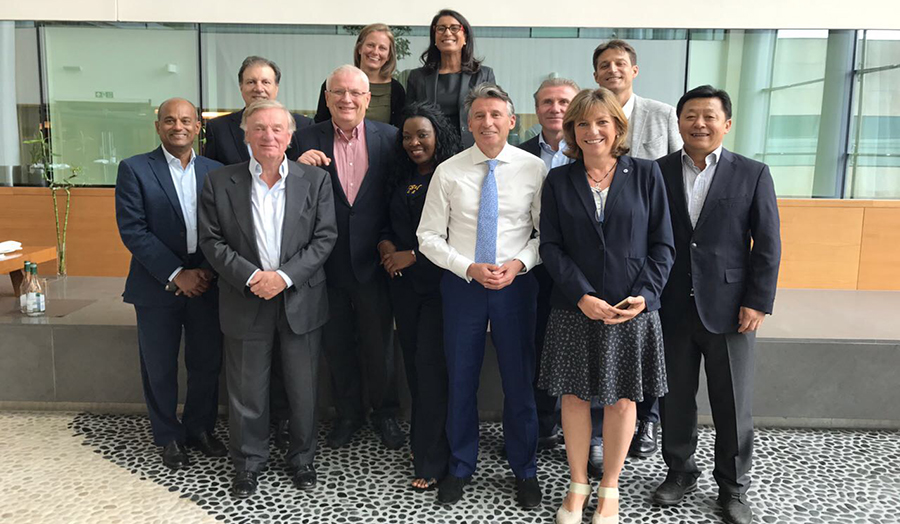