Hundreds of trees to be planted by London Met community to promote biodiversity News from the School of Art, Architecture and Design

Students and staff will plant a range of tree species as part of the annual event at Mudchute City Farm to promote sustainability and biodiversity.

London Met students and staff are set to plant 420 saplings to promote sustainability and address the environmental challenges facing London. This is part of an annual event organised by the Department of Architecture at the School of Art Architecture and Design.

This comes as event lead and senior lecturer Siân Moxon’s work is recognised by the COP26 Universities Network, ahead of the major COP26 conference, which will bring nations together to accelerate action towards the goals of the Paris Agreement and the UN Framework Convention on Climate Change.

The saplings were acquired from the Woodland Trust as part of their Free Trees for Schools and Communities scheme, and will see a range of tree species, including hawthorn, rowan, silver birch, hazel and common oak planted on Mudchute City Farm. The initiative builds on the University’s ongoing relationship with the Farm, where the School holds an annual technology workshop for its Architecture students. It will be run in partnership with sustainability consultants Eight Associates, who will assess the impact on carbon, air quality and biodiversity.

Through its flagship civic engagement network, the London Met Lab, the University has made a commitment to tackling the challenges facing London’s natural environment, while the Cities research group is conducting design research projects on ‘urban rewilding’ to promote biodiversity in the capital. These include the Wild Ways study with the School of Social Sciences and Professions.

The School has a proud history of delivering proactive environmental initiatives, strengthened by its support of Architecture Education Declares (AED), which its students helped to launch in 2019. The AED manifesto builds environmentalism into the School’s education practice, stating that solutions to the ecological crisis we face are rooted in good architecture and design.

It introduces the idea of what it means to be a responsible designer early, by asking students to produce a personal ecological diary at the beginning of their studies. Participating in the tree-planting event enables students to actively reduce their own carbon footprint.

Between foundation and fifth year, and on into postgraduate research, students are encouraged to use various tools to measure environmental impact, both in precedents and their own designs, with increasing depth and independence. Thus, they are encouraged to develop an ideological position in relation to the impact of social, political and technological conditions on environmental design. 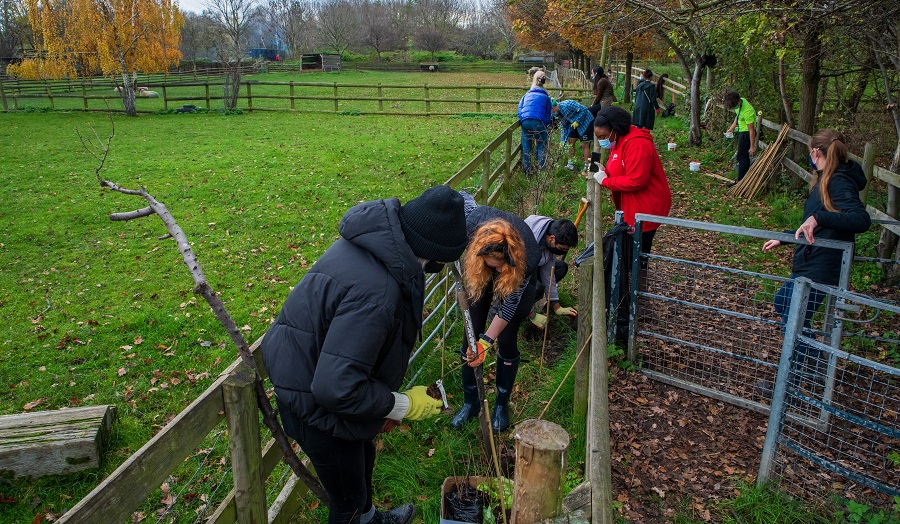