Hacking the Silence News from the School of Art, Architecture and Design

Hacking the Silence News from the School of Art, Architecture and Design

Hannah Thompson celebrates the end of her sound art residency at Senate House Library with a live performance.

Hannah Thompson, who graduated in BSc Music Technology (Audio Systems) from The Cass, was selected earlier this year as Senate House Library’s first ever artist-in-residence.

To mark the end of her ten month residency Hannah has created a four movement performance, titled ‘Hacking the Silence: A Sonification of Senate House Library,’ that explores the unique sounds, memories and histories of Senate House as it undergoes remodelling.

The multimedia presentation, which will be performed live on Thursday 24 November at Senate House, uses coding, an adapted violin, granular synthesis and musique concréte to interpret the library collections and the human narratives that have emerged during Hannah’s residency.

The final movement of the performance features the first broadcast of the exhibit’s Memory Hole Machine. The installation contains audio contributions from library staff, members of the library and the public which have been punched on to paper tape, creating an information and sound record in ASCII computer code.

Hannah is a trained violinist and recorder player whose journey from classical soloist and orchestral player to experimental electronic sound artist, audio systems designer, electronic instrument builder and audio programmer has opened up a vast palette of sounds and control possibilities. These have seen Hannah embrace and utilise technologies from the acoustic and mechanical to electronic, analogue and digital. Her work includes site-specific installations, live performance, improvisation and composition, from live radio to audio application development.

‘Hacking the Silence: A Sonification of Senate House Library’ is on Thursday 24 November 2016, 7.00pm and is part of the University of London’s ‘Being Human’ festival. For more information, and to book tickets, visit the Senate House Library website.

Find out more about the new Creative Music Technologies BA at the Sir John Cass School of Art, Architecture and Design. 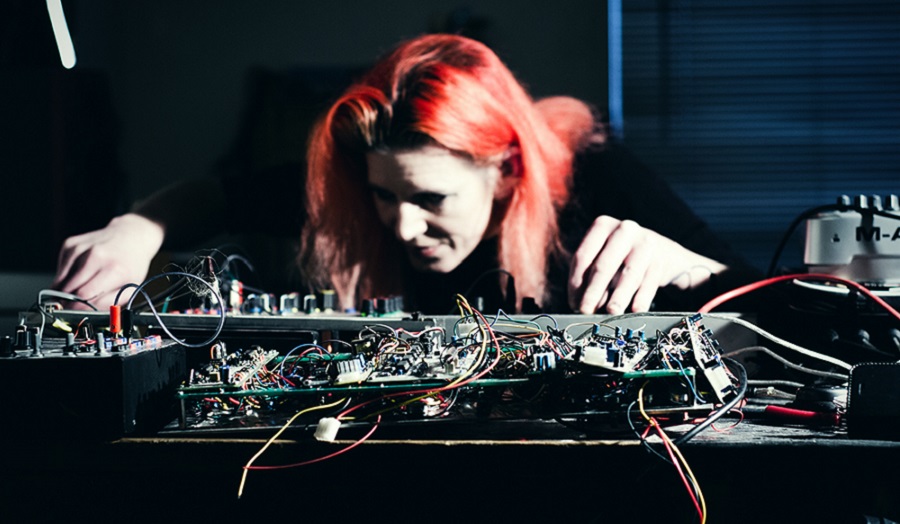