Governing the diaspora News from the School of Social Sciences

A newly published study shows how Turkey has developed different engagement strategies with its diaspora, according to state perceptions of their loyalty.

New research from London Met’s Dr A Erdi Öztürk and the University of Coventry’s Dr Bahar Baser explores the expansion of state-led diaspora movements and diaspora governance institutions around the world.

Cultivating diasporic identities is frequently interpreted as a form of public diplomacy, for example, where home states choose to expand citizenship rights to members of their diaspora living elsewhere.

Using the case study of Turkey, which has about 6.5 million citizens living abroad, Drs Öztürk and Baser demonstrate how diaspora governance is used by the state. In some cases, this has positive effects. For instance, as a state apparatus, the Presidency for Turks Abroad and Related Communities (YTB) has significantly invested in improving services abroad toward diaspora members, dedicated time and money in researching Islamophobia and xenophobia against Turkish populations, and funds numerous PhD and master’s theses on topics pertaining to the Turkish diaspora.

However, the authors note that diaspora governance is also used as a mechanism to monitor and control diaspora groups which are perceived as dissident. They argue that Turkey was a pioneer in formulating policies to cultivate and manage its populations abroad, and that its current policy is one of “reclaiming” its diaspora. By redefining who is a part of the nation and who can represent state interests abroad, Turkey is internationalising power struggles and using transnational state apparatuses to cultivate, supervise, and command the diaspora.

Turkey, the authors write, has always monitored dissident groups abroad closely. Newspapers report that Turkey has filed over a thousand requests with INTERPOL Red Notices to arrest or extradite Turkish nationals, and the country is heightening its pressure on countries abroad to ban the activities of Gulenists – a transnational Islamic social movement which has been blamed by President Erdoğan for unrest in the country.

Worryingly, Öztürk and Baser note a new trend of intimidation to directly influence diaspora spaces. This sees the international surveillance efforts not only enacted by state officials, but subcontracted to loyal diaspora members who gather intelligence and denounce dissidents to the Turkish authorities.

The differing ways in which Turkish diaspora groups are engaged with by their home state indicates that policy-makers categorise diasporas as good or bad, loyal or dissident, hostile or useful, and then tailor policies to engage with or disengage from them in a diasporic sphere dominated by home-state narratives.

The article is published and available online in peer-reviewed journal Middle East Critique. 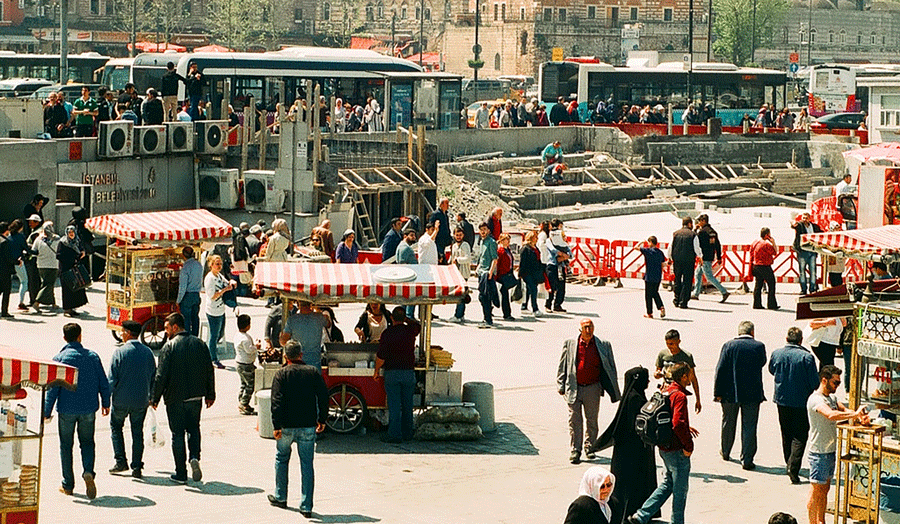