London Met staff, students and alums joined the annual game creation event to develop 'Duck Trip', a hide and seek game based on a true story.

London Met hosted an event at this year's Global Game Jam, with a dedicated Discord channel and access to Miro boards for brainstorming ideas.

GGJ is the world's largest game creation event taking place around the globe, with thousands of participants in over 900 locations - it's not a competition, it's an opportunity to collaborate with other game developers, to network within the games community, and especially for students to increase confidence and boost skills.  Each year there is a special theme - in 2021 this was Lost and Found.

As well as attracting external developers, London Met always has some of its students and graduates taking part, and this year was no exception. Zain Dib (Games Animation, Modelling and Effects BSc graduate) and Sherwin Claridge (Music Technology BSc graduate, now working at Splash Damage) joined in, as well as other industry professionals in the UK and the US.  A number of the University’s game programmers also took part, including Stefanos Triantafyllidis, Aiste Simonaitye and Csaba Maczo, matching up their skills with artists Zain and Anna, a student at Portsmouth University.

Together, the team created Duck Trip, a 3D hide and seek game based on a true story about a lost duck at Chido Museum in Japan. The team reports that they had an excellent time (and not enough sleep!) over a long and productive weekend.

The final game presentations were shared with other games students after the event and included short talks from Zain, audio professional Jon Dedman, and Nathan Buckley, who works as a programmer at Prospect Games.  If anyone is interested in taking part in future game jam events, or in discussing any game-related research projects, please contact Fiona French. 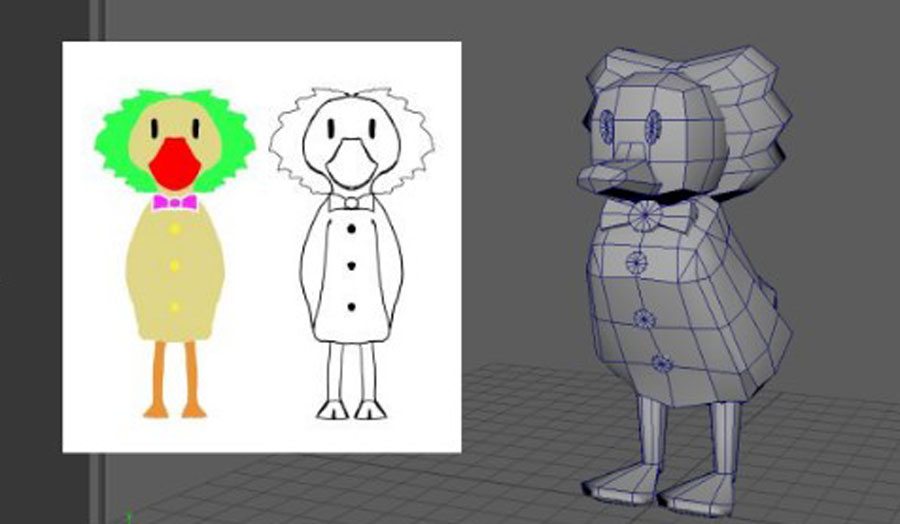