From Muppet to Maverick News from the School of Art, Architecture and Design

Animator and director John Stevenson spoke to students from the School of Art, Architecture and Design about his career, from his start on the Muppets at 19, to directing Kung Fu Panda.

Stevenson is perhaps best known as the director of Kung Fu Panda, with Mark Osborne, and Sherlock Gnomes, with a movie career stretching from The Muppet Show and Labyrinth through to Shrek and Madagascar, and more.

Interviewed by Kieron Baroutchi, Head of Illustration and Animation at London Met, Stevenson discussed his early ambition. “The only thing I ever decided I wanted to be was a director, which came when I was around 8 years old. I think it stemmed from a visit to the local tatty cinema to see a double bill of Ray Harryhausen films - The Three Worlds Of Gulliver and The Seventh Voyage of Sinbad.

“It was the cyclops in The Seventh Voyage Of Sinbad in particular that I fell in love with and set me on my path. I had no idea about stop-motion or animation or anything like that, I didn’t know what I was watching but I knew it was fantastic and that I wanted to do it.

“I knew I wanted to be one of those people who makes the stuff that goes into the theatre, and eventually I learnt that a director was the person who was in charge of that. So I would tell people in the rural village in Sussex where I grew up that I was going to be a director.”

He spoke about teaching himself to draw by copying cartoons on TV, which developed his understanding that the animator and artist behind the cartoon mattered.

“I started realising that if I saw Chuck Jones’ name on a cartoon, it was better than other people’s cartoons – that his Bug’s Bunny would be cleverer, better drawn, and funnier than someone else’s Bug’s Bunny.  I think that was where I got the idea that someone makes a difference.”

Baroutchi asked Stevenson if he had developed his craft at University, to which he answered, “No. I was very, very stupid and the only thing I could do was draw. I think I got an Art O Level and an English O level, and that was it – I failed everything else. So I got a job as a runner for an advertising studio in Covent Garden when I was 16.

“I was still living at home in Sussex, so it took me an hour and half to get there. The trains were terribly crowded so I’d spend an extra hour there after work to avoid rush hour. Once when I was hanging around waiting to go home, I was reading an industry magazine and saw an advert for a job at the Muppet Show – so I rang the number on the advert and they invited me to come in and see them.

“Suddenly when I put the phone down, I had an appointment for an interview that I was completely unqualified for. It said you had to have a minimum of three years’ experience. I was barely 19 and I didn’t have a portfolio, so I stayed up all night drawing Muppets from memory, knowing I’d probably have to leave the house at about 6am to get there on time. There was no expectation that I would get the job with just a plastic bag full of crappy Muppet drawings, so the only reason I went was that I loved the Muppets so much. I thought if I can just see Kermit, if I can see the puppets for five minutes, it would be worth the six-hour round trip.

“But [creator of the Muppets] Jim Henson decided he would give the gig to the guy who loves it and train him to be better, rather than go with someone with more experience. Everything I’ve ever learnt of any value, either personally or professionally, I’ve learnt from him. The word genius is overused nowadays, but he was a genius in the same way that Walt Disney was a genius. These were people who changed the culture through their imagination.

“Jim never penalised you for making mistakes. He knew that reaching new ideas meant failing a few times. He created an atmosphere where experimentation was fine and if you tried something that didn’t work out, maybe it would work later on or at least the experience of trying it was useful.”

Michael Upton, Head of Academic Portfolio who organised and introduced the event said, “It was brilliant to have John here to share his experiences and wisdom with the next generation of filmmakers and animators. He was such a passionate, sincere and generous guest - true to the spirit of his friend and mentor Jim Henson.’ 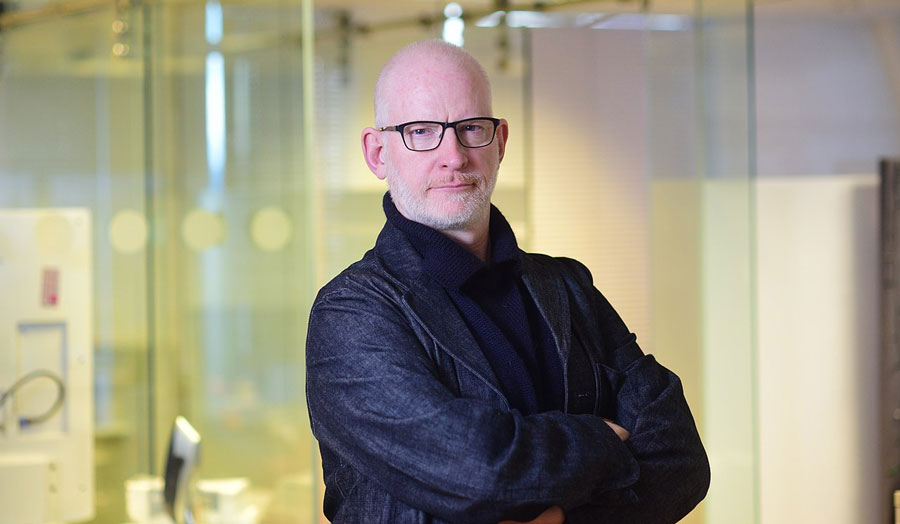