Exhibition: Shifting Stances News from the School of Art, Architecture and Design

Cass lecturer curates exhibition in Italy exploring themes of identity and social change, and featuring work by several photographers who teach at The Cass.

Paola Leonardi, who leads the BA Fashion Photography course at The Cass, has co-curated a new photography exhibition at the world famous Museo Palazzo Riso in Palermo, Italy.

Shifting Stances, which opens on the 1 July, presents the work of five contemporary European photographers working with themes of identity and social changes against a landscape of socio-political uncertainty in Europe. The exhibiting artists include James Russell Cant who leads BA Photography at the school, Yiannis Katsaris who teaches Fashion Photography.

Divided To The Ocean
James Russell Cant presents portraits of individuals who have migrated to England by sea. Using the sea and the tide as metaphors, this work considers the divisions of time, place, self and a potential for melancholy inherent in the process of migration. The images are composites made over a period of time spanning high water. Ebbing and flowing, these, the actual seas crossed on arrival, both connect and divide the subjects from their land of origin.

This Is How Low You Brought Me, For I Am In Love With You
is an ongoing series through which Yiannis Katsaris, a UK based Greek photographer, questions his relationship with his homeland. Photographed over the past10 years, this series composes a lyrical expression of love toward Greece, seen through the eyes of an expatriate, who questions his identity in relation to the evolving socio-political scenario, contemplating whether the separation from his homeland has made him into just another visiting tourist.

In Borderlands: The Edges Of Europe
Paola Leonardi has meticulously documented remote areas where the European Union ends. Since 2012 Leonardi has followed on foot the boundaries traced on maps, focusing on the connection between people and territory and the significance of trans-national and transcultural identities, exploring the relevance of European identity and its relationship with concepts of home and belonging, memory and territory.

Beata Stencel
Beata's work depicts the fragile transition between childhood and adolescence.Shot in the small village of Pelci, in Latvia, the series centres on the main character Ieva documenting how her surroundings shape her identity and how place of belonging and events affect the individual, on the background of a country, Latvia, often abandoned by young people who emigrate looking for work.

Sea/Charge
Lee Brodhurst-Hooper depicts the evolving social landscape of his hometown Folkestone. Hooper portrays a diverse community of people from incoming artists attracted by the lower cost of living, refugees who have ended up in the port town only 30 miles from Calais, and locals who have lived in Folkestone for generations.

Along with Dover, Folkestone is located at the gateway to the European Union; once a thriving Victorian holiday Mecca, the town has been hit by the recession and austerity, whilst gentrification and newcomers have raised social tension.

Transparence
Tim Van Den Oudenhoven presents a series of portraits shot as if they were passport photographs, blown up to a large scale and printed on fragile see-through paper that renders the subjects ethereal. The viewer is called to interpret the identities of the subjects, nullifying the neutrality of the passport image and questioning our perception of the other in an age and society in which identities can be constructed online and passports determine our freedom to move.

The exhibition has been supported by: Museo Palazzo Riso , Greece Needs Love and The Cass. 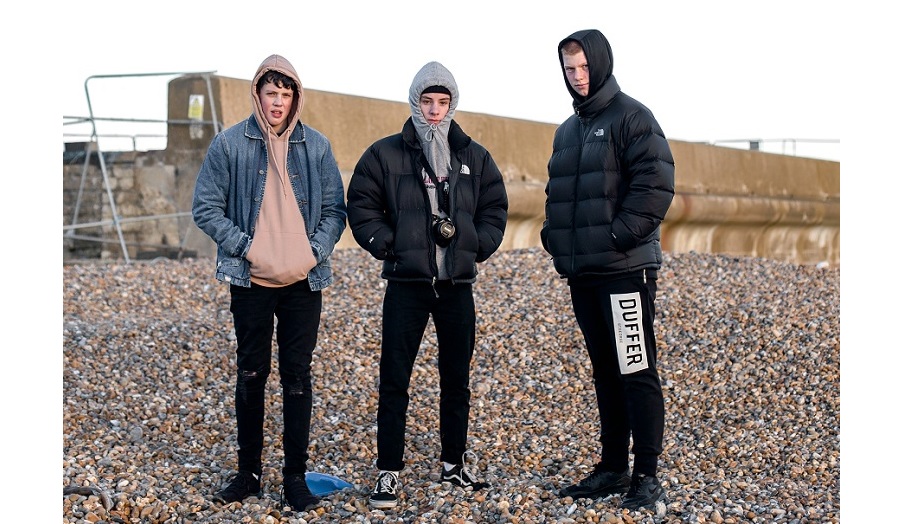