The two-day event was held to raise awareness and understanding of human rights in the local area, and give the community a chance to learn how their local university is improving tolerance and brings together people from different walks of life. It was also a chance for the University's faculties to showcase how social justice is at the heart of everyday life at London Met.

The event was inspired to mark the passing of an important philosophical mind, Stuart Hall, who was a highly influential cultural theorist. His legacy and work, focusing on critical thinking, are important to the field, and it can be said that he embodied social justice.

The Summer School began with a high profile panel discussion on the place of social justice in their lives.

With the exception of MP Jeremy Corbyn – a longstanding supporter and friend to the University – the panel was comprised of notable alumni including women’s rights campaigner, Rainatou Sow, who was awarded 'Inspirational Women of the Year' in 2012 by Women for Africa and featured in Forbes Magazine’s '20 Youngest Power Women in Africa'.

MP for North Islington for 30 years, Mr Corbyn listed a number of things he admires and respects about London Met.

“I admire the verve of the student body and broad access to the higher education and University standard education to those who have not previously had any access to University,” he said.

“Also, what I welcome and support at London Met is its diversity in student intake, as it has the most diverse student body in the whole country.”

Other panelists, who were invited to provide illustrations of how they enact social justice in their professional lives and through their activism, included human rights campaigner Peter Tatchell, former presidents of London Met Students’ Union Jason Jackson and Claire Locke and Professor of Social Research and Evaluation, Georgie Parry-Crooke.

Tatchell, who graduated from London Met’s predecessor institution the Polytechnic of North London in Sociology in 1977, had the chance to go to Oxford, Cambridge or LSE but he chose London Met because of its innovative approach to his chosen subject.

Like so many of the students today, he was the first person in his family to attend university. You can hear what London Met means to him in this video.

“London Met is a community university which celebrates diversity and gives people a chance to prove themselves,” said former President of London Met SU, Jason Jackson, who took part in the panel discussion. Jason gave an inspiring speech about how university gives opportunities and opens doors for everyone, not just the elite.

Professor Carole Leathwood, Director of IPSE from the Faculty of Social Sciences and Humanities, has special expertise in equality and social justice. Her sold out lecture on the history and future of London Met and social justice was very powerful and collected an audience close to 350 people.

London Met was happy to welcome the in-coming Vice-Chancellor Professor John Raftery, who shared his vision for London Met and how social justice informs his work. He was inspired by what he had learned during the day and what the University and its staff and students stood for.

It was the first time the community could exchange thoughts and ideas with the new face of the University.

“It is not coincidental that this event is my first appearance. That is how important I think the commitment to social justice is for the University,” Professor Raftery said.

“Since I was 14 years old, I wanted to change the world and to make it a better place, better defined by me of course, and by the time I was 20, I realised that I couldn’t do it by myself.

“Education is not about filling buckets, but it is about lighting fires. That’s what it is all about – inspiration.”

Inspiring atmosphere and air of optimism

More than 200 people attended the main conference that took place on Saturday with seven strands and over 40 presentations by London Met academics and local partners on a wide range of topics relating to social justice.

A walking tour with Radical Islington offered  a journey into the politics and protests of the area, while Rowan arts held film screenings throughout the day. Karen Bennett also talked about International Human Rights with Amnesty International UK representative, Kate Hughes.

London Met’s commitments as a living wage employer were discussed and the Guardian journalist, Reader in Professional Writing and Cultural Inquiry, Anne Karpf gave a talk about ageing and how it is shaped by stereotyping and inequality.

The optimistic atmosphere of the day was highly praised.

Jayne Osgood, Professor of Education in the Faculty of Social Sciences and Humanities, said: “This event re-confirmed us about our direction and gave everyone so much.

“It was such a positive and happy occasion full of laughter, chatting and discussion about the very political principles of London Met’s commitment to social justice. It also provided a useful introduction for our new Vice Chancellor about the values and principles of our students and staff.” 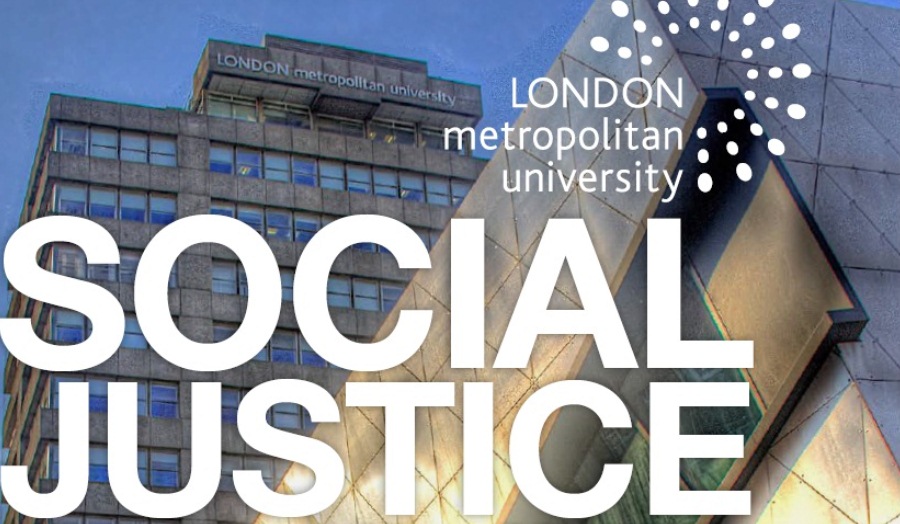