Cass Starters Success News from the School of Art, Architecture and Design

We are pleased to announce that just four days into the 30 day crowdfunding campaign all four of our graduates Cass Starters projects passed their funding targets.

On Monday 31st October four recent graduates of The Cass launched Cass Starters, a series of Kickstarter campaigns to help support and develop their careers.

With funding on Kickstarter being all-or-nothing, our graduates surpassing their targets means they will all be able to complete their projects and deliver their products. There is no funding limit to these projects which means our graduates can still receive pledges until 30 November 2016, the final day of their 30 day campaigs.

Peter Marigold said: “Crowdfunding is an open door to young designers right on their doorsteps right now. I’m happy and proud that these four great designers are taking a risk in showing the entire world their work in this way, thus hopefully establishing a platform for future generations of graduates working in collaboration with the university.”

The Accelerator, London Met’s business incubator, has also given support to the pilot initiative.

It is hoped that the use of crowdfunding as a progressive business model, alongside the University’s valuable guidance and promotion, will create a new opportunity for future generations of students. It will also be an advantageous feature of The Cass community, with this initiative embedded into the University’s commitment to its students’ employability.

Test Cups: a series of coat hooks and handles by Isabel Farchy

Wobbly Peyote: a simple slot-together game of balance and skill by Tim Summers, who won a Heal’s Discovers 2016 award 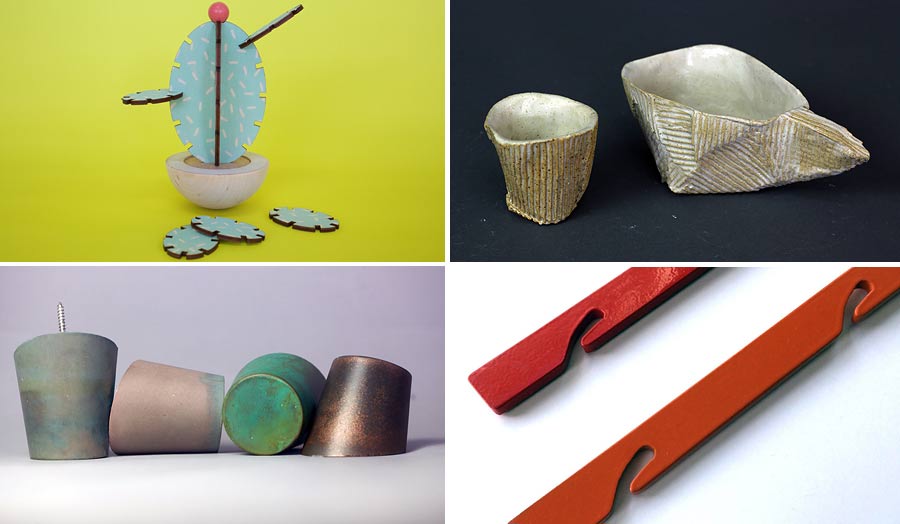