Cass alumnus collaborates with Universal Music for Brit Awards News from the School of Art, Architecture and Design

Yinka Ilori, a Cass Furniture alumnus and London-based designer, has been commissioned to create a special edition print for the Brit Awards 2019, in collaboration with Universal Music.

The print, titled Love in a Line, will be signed and gifted to all of Universal Music’s Brit Awards nominees, which include Drake, Sam Smith, Ariana Grande and many others.

Primarily a furniture designer, Yinka’s style is immersive and multi-sensory, making use of bright colours and geometric lines – a nod to the Nigerian aesthetics of his upbringing. His body of work involves innovative upcycling of vintage furniture and aims to blend Nigerian traditions with contemporary design.

Yinka also designed the exclusive invitations for the BRITs after-party, which celebrates one of the most significant nights in the global music industry calendar.

Yinka said: ‘It’s a real honour to be working with Universal Music at such a pivotal time in my career. Love in a Line is a celebration of our multiculturalism & reminds us that being different is beautiful & okay, which is something I wanted to celebrate through the artwork.’

This latest achievement for Yinka comes shortly after an incredibly successful 2018, that saw him named one of the most influential people in London by the Evening Standard. Yinka also won two major competitions organised by the London Festival of Architecture; the 2019 Dulwich Pavilion competition, which has now received planning permission and will open this June; and the LFA’s Thessaly Road Railway Bridge competition, which called on creatives to submit their designs for transforming Thessaly Road into a main transport route for the public. 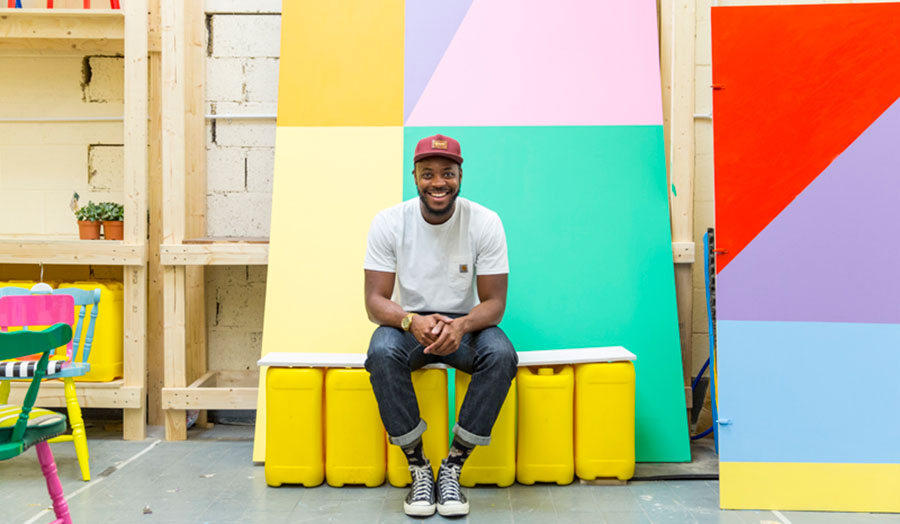