Journalism student Ryan Gray discusses the first event in London Met’s LGBTQIA+ History Month, a screening of the film Pride, along with a talk led by activist Reggie Blennerhassett.

Queers and allies joined together to celebrate the launch of LGBTQIA+ History Month at London Met. The University kicked off the month of talks, screenings, drag nights and other festivities with a screening of Pride (2014) and a Q&A with activist Reggie Blennerhassett, who was portrayed in the film by Chris Overton.

Pride is set in 1984-85 and depicts events towards the end of the miners’ strike, which had set in motion in response to Margaret Thatcher's measures to close pits and restrict trade union activity.

It follows a group of lesbian and gay activists who formed a fundraising group, Lesbians and Gays Support the Miners (LGSM), and their ventures to Wales where they joined forces with a small mining community in solidarity, respect, and friendship.

“The key characters you see in the film are played absolutely on the spot, in the way they managed to capture the real people,” said Reggie. “To this day we have a friendship with the people in Onllwyn, South Wales.”

After a light-hearted talk from Reggie, the Q&A probed the more profound topics which the film highlighted, such as the HIV crisis of the 1980s, and friends of Reggie’s that were tragically lost to AIDS.

“It was frightening to see those kinds of issues that were a death sentence back then. They are life-changing now but not life-threatening anymore,” said a member of the audience.

Vice-Chancellor Lynn Dobbs told the group of viewers in the Henry Thomas Room that the University had a big role to play in gaining equality for all oppressed groups.

“London Met is not going to sit on its hands,” she said. “This is about, very much, taking pride in our agenda. That the university has responded to it so positively is immense.”

London Met prides itself in its inclusivity. LGBTQIA+ History Month will also feature a talk on gender recognition, LGBT rights and asylum seekers, and more.

Find out more about London Met’s packed LGBTQIA+ History Month on the website or on Twitter at @LondonMetUni. 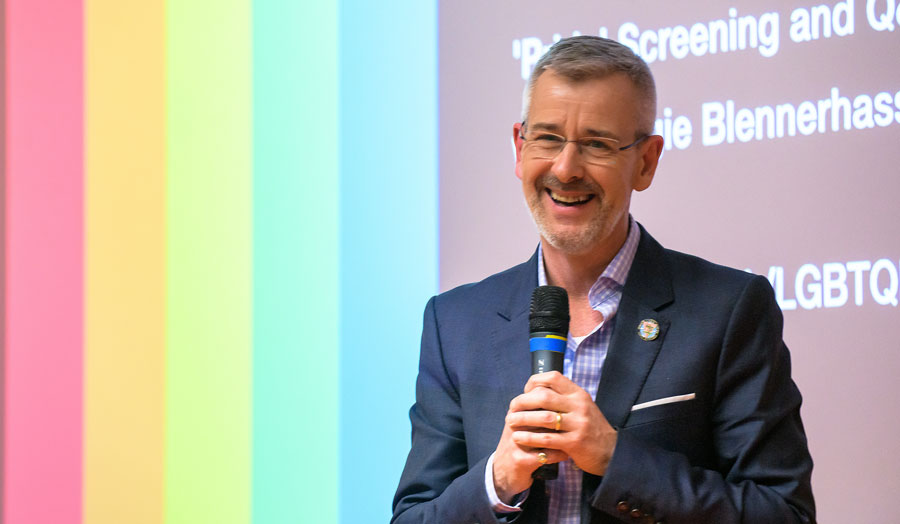