Entrepreneur, business owner and London Met MBA graduate Sujit Nair was recently cited as "one of the most influential foreign policy leaders under 33" by Diplomatic Courier, Washington DC's global affairs magazine, for his work in promoting trade and investment ties between the UK and India. Having graduated from PESIT (Bangalore University in India) and with professional experience under his belt in his hometown, Sujit chose to expand his entrepreneurial reach in London, one of the most exciting and global cities in the world.

Can you tell us about your current role and the recognition you have received?

“We have worked closely with UK Trade and Investment and other related organisations to enhance trade connections, and we have provided a platform for companies and businessmen who wish to become part of the South India-UK trade community.

I believe that we have been able to both promote the South India business community in the UK and support British businesses in South India. We have also fostered credible working relationships between government representatives from both countries.

I'm glad I that I have received this kind of recognition at this stage of my life. I am the only person from India to be included in the list. It may be a small step for many but it's a giant leap for me considering where I have come from. Recognitions like this tend to open a number of doors which could provide me with the opportunity to realise my potential and make positive changes.”

What did you find most valuable while studying at London Met?

“Studying at London Met provided me with an opportunity to network with the best in the business and learn from talented and experienced individuals. The best part of London Met for me was spending time at its specialist business incubator called Accelerator, which specialises in business development programmes for high value and innovative companies."

“Networking is so important because networking is your net worth, especially in countries like India where trust is everything.”

His experience in London and studying at London Metropolitan University’s business school really helped him in understanding different cultures, ethnicities, opinions and religions and has provided him with valuable skills to network with the best in the business and learn from talented and experienced individuals. Sujit's internship at Accelerator gave him access to a wide range of business start-ups as well as commercial contacts.

How has your career path progressed since completing your MBA?

Upon graduation, Sujit managed to secure jobs working for a marketing and advertising company, based in west London. He then harboured his entrepreneurial talents and formed his own company in partnership with a student he studied with on the MBA course. His e-commerce business Ortho Medical addresses the growing needs of people affected with orthopaedic disorders in India.

Sujit was then appointed as the RSA Connector (India Ambassador) for the Royal Society of Encouragement of Arts, Manufactures and Commerce, (RSA). He also co-founded the British South India Chamber of Commerce (BSICC), an umbrella body of South Indian Associations in the UK representing a wide number of South Indian communities with the intention of making UK companies aware of the enormous potential and opportunities of investment in South Indian states. BSICC, under the Chairmanship of Mr Virendra Sharma MP (Member of Parliament from Ealing Southall, UK), has been promoting trade and investment between the UK and South India through regular business meetings at the UK parliament. He tells us that he is currently in negotiation with a UK company to bring their technology which converts waste to bioethanol to India. The bioethanol can then be sold at very good prices on the international market, thereby generating revenue for the Government and helping to improve standards of living by tackling the waste problem.

These achievements have given him the opportunity to network with Boris Johnson, HRH Prince Andrew and other important officials from the British Government and Indian Government. The opportunities at London Met and exposure to different cultures in London have given him the chance to transform his natural gift for business into ventures which ultimately help to develop his country.

He says “Having studied and worked in both India and the UK, I am able to cross over cultural boundaries and have gained a good understanding of both places. I am able to utilise this to my advantage in business and act as a cultural bridge; building trade and investment ties between the two countries. I am passionate about my work as it plays an important role in the development of my country”.

So, what advice does the successful graduate have for current students at London Met?

“The main thing I’d recommend is to go to the various events on offer and network, because much of the value of their time at London Met will be in the network they build during their studies." 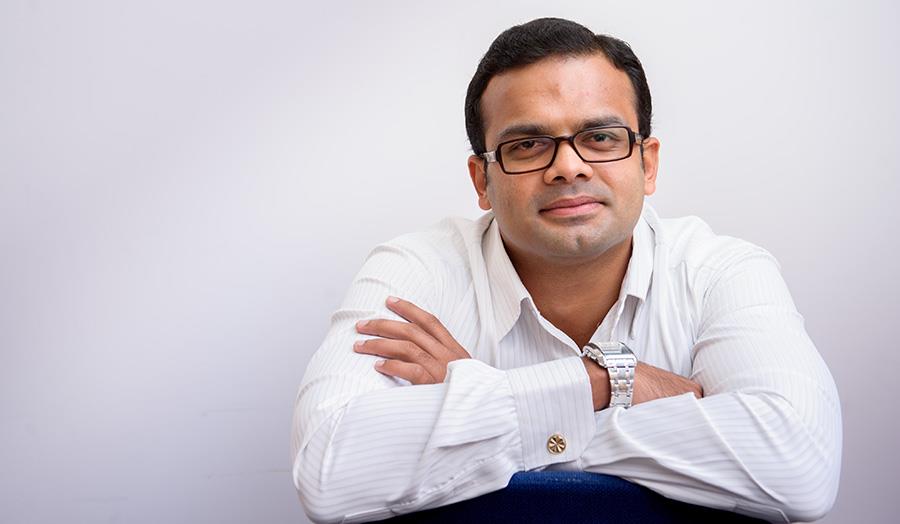