Graduating in 2016, Nathan Hannawin studied Film and Broadcast Production BA with the School of Art, Architecture and Design at London Met.

Why did you choose London Met and what did you enjoy about your course?

London Met was appealing for a few reasons. First, it was one of the few universities which had such a diverse range of students, and many mature students like me. This experience was one I wouldn't have had anywhere else and I believe it has been crucial to me succeeding.

The second reason was that the location is perfect. As with many career paths, your network of contacts is almost as valuable as your skillset, so again there was no where else that would have allowed me to gain these contacts.

Tell us about you next feature film Scales, how did the project come about?

I met the producer and writer (Anthony and Joe) through an advert online. The advert was for a director on a rehearsed reading initially, but it sounded very interesting. I expected that they would have received a lot of applications, so when I came to meet them both at the Curzon I made sure I was fully prepared as I knew the competition would be tight.

Why have you decided to crowdfund the project?

Crowdfunding is the best way for us for multiple reasons so I will try and narrow it down. First of all, when you look at what is popular now it is mainly franchises, sequels, remakes, origin stories and so forth. These are "safe" options for film financiers as they already have their audience.

Scales however, is new. We are not house hold names – we are young and fresh. Crowdfunding is perfect for us to buck the traditional sense of film making and is one of the many new ways to be successful. Through social media we can build an audience while we are crowdfunding, so we can already begin to get the name known and hopefully create a good market for the film once it is completed.

Looking back at your first feature Invisible Britain: Sleaford Mods, how did you balance the production and the screenings with your studies?

I have been asked this a few times before, but I think it comes down to hard work, and the willingness to work hard. I came into film as a mature student, I was making a passion and hobby a career and I was not going to do anything else that would jeopardise this.

What was the biggest challenge while filming Invisible Britain: Sleaford Mods? And what was the best thing about making the film?

The biggest challenge was also one of the best things about it. We were on tour with a band, I think we must have covered 2,500 miles in two and a half weeks. It was very tiring, but also very exciting.

What have you taken from your course into the real world?

Drive, optimism and confidence in filmmaking.

Any advice for future students at the School of Art, Architecture and Design at London Met?

Do not consider yourself "just a student" – you are a film maker at a early part of your career. Also hard work, really hard work. 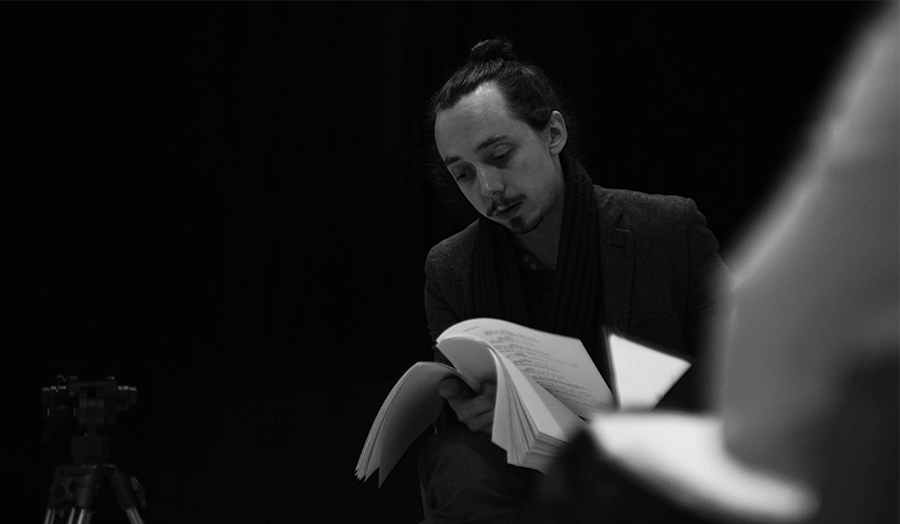