Dayo Israel from Nigeria, who studied several different courses at London Met is now a motivational speaker and international advisor to many world leaders, business executives and young entrepreneurs. He is a larger-than-life character who exudes energy and inspires those around him. Indeed his most recent achievement (one of many) as being voted “One of Africa’s top 30 most inspirational young people” encapsulates our first impressions of him.

From the age of nine, Dayo started the only child-led non-governmental organisation (NGO) in Nigeria at the time – General Action Against the Violation of Human and Children’s Rights, an organisation which spearheaded the campaign for the promotion of children’s rights in Nigeria. As a result of this, he was elected onto the Nigerian Children’s Parliament at the age of 14 and became the first deputy senate president of Children’s Parliament for Nigeria. At the age of 15 he started attending meetings for the United Nations (UN) and also took his first trip to Europe under the Global Peace Walk. A year later, he travelled to London with the British Council as a speaker for Connecting Future’s Programme and also spoke at a UN General Assembly Special Session on Children. He continued to be involved in many other notable global activities which were committed to children’s rights.

The decision to study at London Met

Dayo started at London Metropolitan University on the International Foundation Programme and continued onto the LLB and finally completed his MA International Relations in 2010. His past achievements and connections to various international organisations and charities meant that whilst studying at London Met he continued to grow and develop his impressive portfolio of achievements. He acknowledges that the University supported him immensely in his life work. During his time at London Met, he wrote to the Vice-Chancellor about his various activities with the UN and other such organisations. Dayo impressed him so much that the University paid for Dayo to attend a UN conference in Malawi, Kenya and Tanzania during his studies.

How did Dayo benefit from his time at London Met?

Dayo says “the University supported my vision and my dreams and cares about its students. This is why I am so proud to be London Met”.

Since graduating, Dayo Israel has been involved in many high-level international activities that have earned him enormous international accolades. He continues to be committed to his UN activities as well as being focused on advising senior officials in the Nigerian Government. He has also launched his own TV show "Dayo Israel in Conversation with", shown in Nigeria and the UK.

London Metropolitan University’s then Vice Chancellor Alfred Morris said “London Metropolitan University has always believed that education is not only about the individual but also about how that individual uses their talents to help and inspire others. Dayo Israel, through his commitment to global issues and his inspirational speaking makes that belief a resounding reality. I am proud to count him as one of our graduates!” 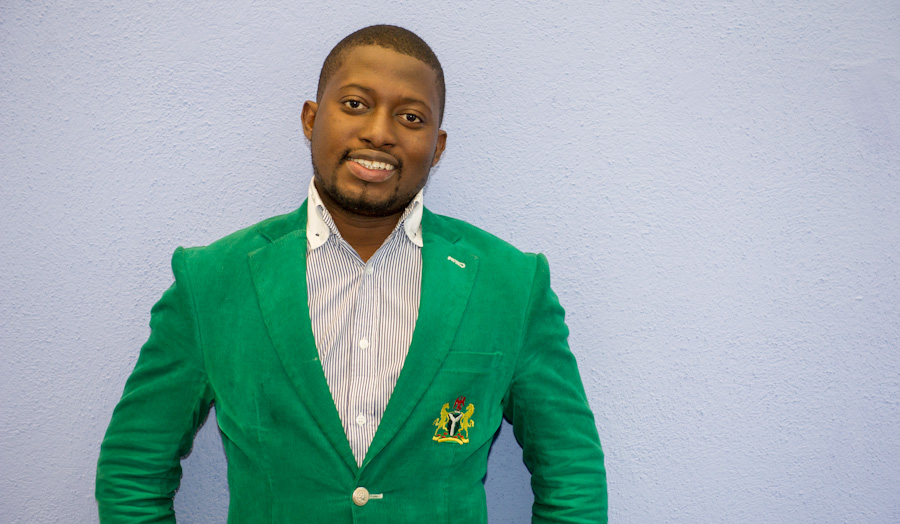