Jon Davison has been a clown performer, teacher, director and writer for the last 30 years. 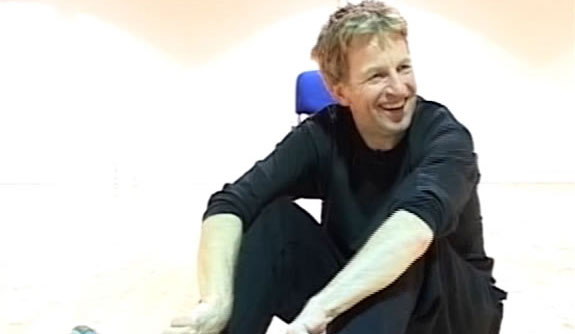 Jon Davison has been a clown performer, teacher, director and writer for the last 30 years. He taught clown, improvisation and acting at the Institut del Teatre de Barcelona from 1996-2006, when he became a co-founder of the Escola de Clown de Barcelona.

From 2007-2010, he was funded as a Arts and Humanities Research Council Creative Fellow, investigating contemporary clown/actor training at Central School of Speech and Drama, where he obtained his PhD in Clown Performance Practice and is now a visiting lecturer.

He has performed at festivals, theatres, tents, streets and bars throughout Europe, and is currently artistic director of the clown/circus/pantomime company Stupididity.

He has published two books, Clown: Readings in Theatre Practice (2013) and Clown Training - a practical guide (2015), both with Palgrave Macmillan.

He runs the London Clown School, the only provider of regular clown workshops in the UK currently, and is a visiting lecturer in Theatre and Performance Practice BA (Hons) at London Met.