Áine Woods is a senior lecturer in youth work and teaches on a number of our youth courses. 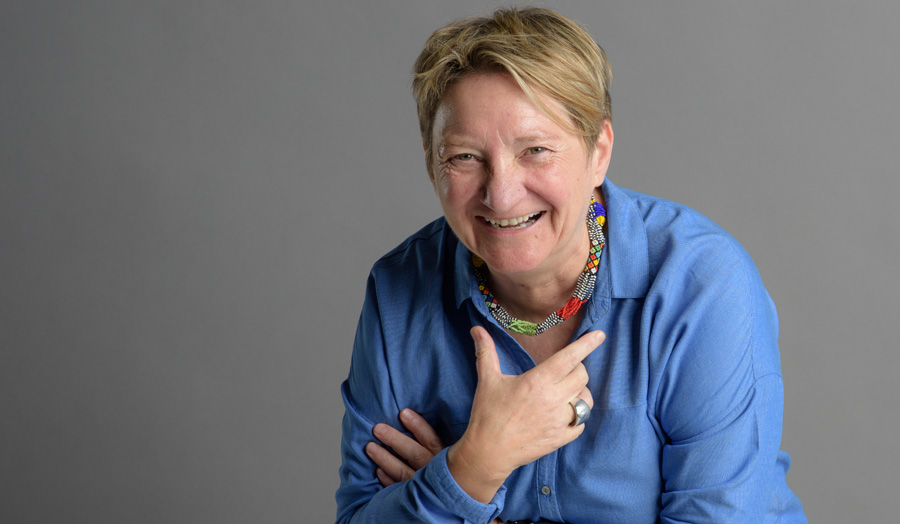 Áine has been a youth and community work practitioner since graduating from the University of Ulster with Dip YCW (JNC) (1981). She was awarded an MA Anthropology - Youth and Community Work (Goldsmiths College, University of London) in 2001, as well as a PGCE (HE) from Anglia Ruskin University, Cambridge (2007). She is a fellow of the Higher Education Academy (FHEA).

Áine's work with the Runnymede Trust, the UK’s leading independent race equality think tank, has provided good opportunities in continuing the development of her research. She was contracted in by The Trust for London as an external consultant with three newly funded projects in preventing racist violence and, due to her research background in anti-racist youth work, she was approached to work with Dr Robin Oakley in gathering evidence for good practice. Áine was contracted to support the project workers in establishing an effective recording and monitoring system. This provided the evidence for good practice which has been widely reported on. Áine provided an overview of ‘what worked’ at the House of Commons in December 2011, and following this the final report Are you saying I'm racist? (2011) was published by Trust for London January 2012.

Acting as external evaluator on various projects has expanded my networks and continues to establish my reputation with external agencies, Áine has attained a range of knowledge and networks, particularly in the area of anti-oppressive practice- anti racism, identity and promoting access to education.

Her commitment to anti oppressive practice and social justice resonates throughout her practice and has ensured that the student’s voice and experience is valued, supporting the notion of the spiral curriculum.

Áine is currently reading for a Doctorate in Education.

Are You Saying I'm Racist?: An evaluation of work to tackle racist violence in three areas of London, Robin Oakley, Sarah Isal and Áine Woods (2011)

The report, published in partnership with the Trust for London, finds that racist violence continues to be a serious problem in the UK, particularly amongst young people in London.

It argues that a zero tolerance approach to racism, such as teachers excluding pupils for such behaviour from school, has failed and can drive the problem underground. Instead, the report argues, a more proactive response that draws out the problem and confronts it with the aim of prevention is needed. The report focuses on three initiatives taking place across London which specialise in preventative approaches to tackling racist violence, based in Barking and Dagenham, Greenwich and Bexley.