While government policies have made university education more accessible to groups that were previously excluded, those same groups are also most likely to experience homelessness.

When Patrick Mulrenan emailed two London Met schools to ask if any students were homeless or threatened with homelessness, to see if they would be willing to participate in a new research project, he didn’t know what kind of response to expect.

From just one school, there were 27 responses. Of these, 16 were able to attend the focus groups or interviews. The 16 participants roughly reflected the demographics of the university, with a high proportion of mature, female students from BAME communities. Of those who self-identified, three were White and 12 were Black African, Black Caribbean or Mixed heritage. Thirteen were women, of whom 11 had children. Their ages ranged from 20 to 50 years old.

Patrick, who is an Associate Professor of Learning at London Met, has noted how a government focus on widening access to higher education has brought more students from underrepresented backgrounds to university, but that more needs to be done to ensure that these students have access to more support once they are studying.

He said: “Nearly two-thirds of students at London Metropolitan University are from Black, Asian and Minority Ethnic Backgrounds; and nationally, people from these backgrounds are now more likely to university than White people. Other groups entering higher education in greater numbers include those from lower-income groups, single parents, people with disabilities, and people leaving care.

“While this is a welcome development, it is important to note that the groups we are encouraging to come to university are the very ones that are most likely to experience homelessness. For example, nearly 70 per cent of households accepted by local authorities as homeless in London are from ethnic minorities. The result of these changes means that it is now much more likely that students will be homeless, or will become homeless during their studies.”

In terms of policy decisions which have contributed to the scale of the problem, he points to the depletion of council house provision over the last forty years as a leading factor in the crisis. This forces more people into the private rented sector, where costs have soared and tenancies are often insecure: 90 per cent of private tenancies last less than 12 months.

In addition, only one-in-five university students in London live in purpose-built student accommodation. This accommodation, which is increasingly privately owned, costs around £233 per week. Of those who find other accommodation, about half are in the private rented sector.

The cost of renting privately is high, with median monthly rents for all properties ranging from £1,300 in outer London boroughs to £2,492 in central London boroughs. Housing-related

benefits are ‘capped’, meaning that both working and non-working tenants have to fund the difference between the rent and benefit allowed. This particularly affects families in high-cost areas like London; 94 per cent of ‘capped’ families have children, of whom two-thirds are headed by lone parents.

Patrick believes homelessness in student communities may be a much wider problem than people realise, partly because, as he found, many people facing this problem feel ashamed about their circumstances, and keep it to themselves; “which of course they shouldn’t,” he says. “They have nothing to be ashamed of.”

Read more: Mulrenan,P., Atkins, J. and Cox, S. “‘I get up in the night to cry’: The impact of homelessness on higher education students in London”, UK, Critical Social Policy, August 25, 2017

Mulrenan,P., Atkins, J. and Cox, S. ‘I didn’t know what strong was until it was required’: factors that promote student retention among homeless students’, Journal of Further and Higher Education. November 2018. 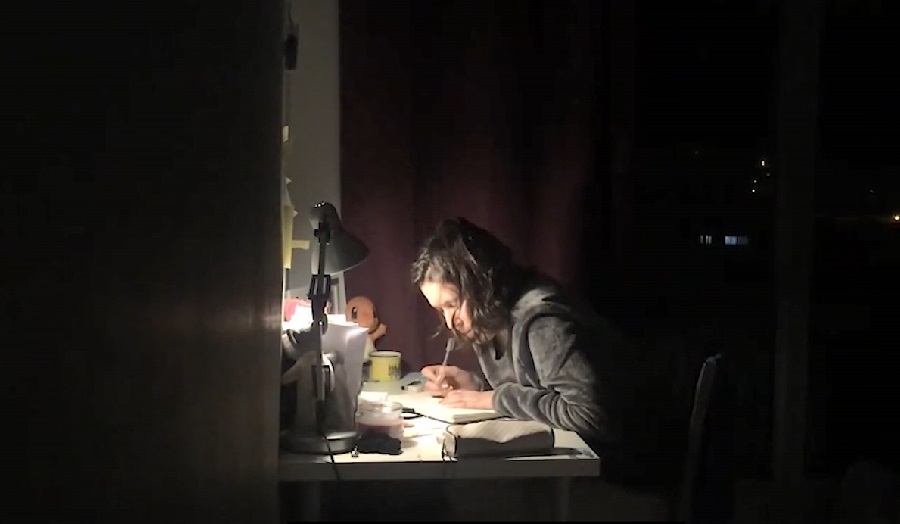