A London Met-GOSH study aimed to find out how different types of feeding affected the weight of children experiencing mucositis as a result of chemotherapy.

Children with Burkitt’s Non-Hodgkin’s Lymphoma are usually treated initially with intensive chemotherapy, which can cause the side-effect of oral and or gastro-intestinal mucositis - symptoms can include mouth and throat pain, ulceration, abdominal pain, vomiting and diarrhoea depending on the target tissue.

A number of nutrition strategies are currently employed, including nasogastric (NG) feeding – a medical process involving the insertion of a plastic tube through the nose, past the throat, and down into the stomach – and parenteral nutrition (PN) – the intravenous administration of nutrition.

Student dietitian Louise Taylor, who co-led the study, explained: "understanding appropriate and effective ways to feed children undergoing chemotherapy is an important part of supportive care and treatment. We know that patients experiencing mucositis are less able to take in nutrients orally, and can have a poor tolerance for tube feeding, where nutrition is taken through the mouth or through a tube that goes directly to the stomach or small intestine. In turn, this raises the risk of malnutrition.

"There are currently no evidence-based guidelines for managing the nutrition of children who may develop mucositis. Our study aimed to determine the associations between the days patients spent on NG tube feeding, the days on PN and the weight status of children who experienced mucositis as a result of chemotherapy."

A total of 22 children, with an average age of six years, were included in the retrospective chart review, all of whom had developed mucositis during chemotherapy. The data were analysed by identifying those children who received only NG or PN feeding or a combination, and those supported to eat whole foods and fluids, some of whom received additional nutrition support drinks.

On average, the patients lost 1.67kg between being admitted to hospital and being discharged after two cycles of intensive chemotherapy. Those who received the combination of NG and PN feeds appeared to show less weight loss than the other groups.

In the study, the number of days with NG feeding did not influence days on PN. The authors stated that PN may be required if intestinal failure or malabsorption occurs secondary to mucositis. Where PN use is necessary, using complementary NG feeds may reduce weight loss in BNHL paediatric patients. The authors also highlighted that further research is needed to compare methods of administering nutrition in children in order to fully understand the impact that they have on patient outcomes.

The research was presented at the British Dietetics Association (BDA) and the annual GOSH Conference. It will shortly be published in the Journal of Human Nutrition and Dietetics. 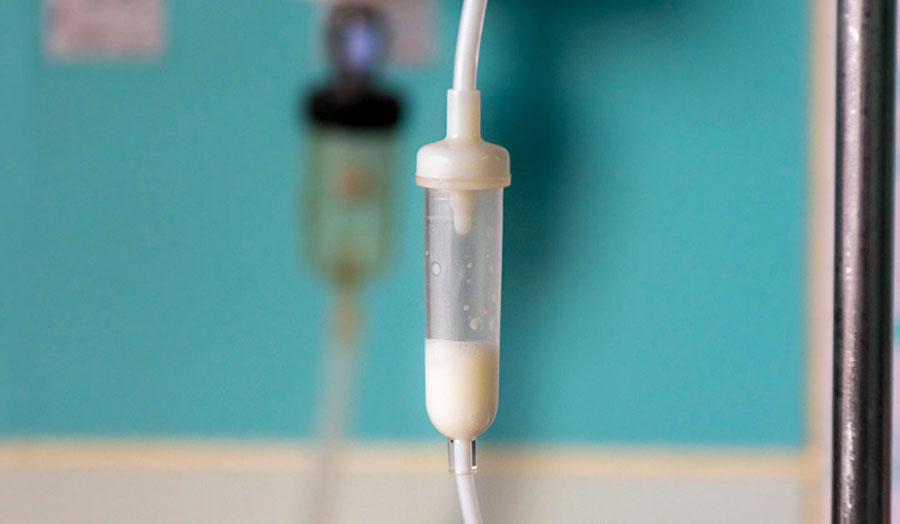