Professor Alistair Ross examines the predominant suspicion and unease that young people in the EU display towards nationalism, and how they associate this with racism.

Does nationality define who we are? How do we define nationality, and how does it operate alongside migration between states? These are just some of the questions Professor Alistair Ross, Senior Professor in Politics and Education, has been analysing about young people throughout the European Union.

Migration from non-EU countries into the European Union has risen significantly over the last two decades, and analysis now suggests that over 20% of all households in the EU contain at least one person of non-EU origin or descent. With this focus, one of Professor Ross’ research aims is to examine how this may have influenced  the ways in which young people construct their own identities, particularly in relation to ideas of nationalism, migration and racism.

Professor Ross explains his methods of carrying out the research: “The data I have collated from my study, made over the past decade, is based on open-ended, deliberative discussions –  in small groups of about six – with young people between the ages of 12 and 19. The groups were split equally in terms of gender, class and where they lived, ranging from big cities to small settlements. 16% of the young people I spoke to were of non-EU descent, and 4% were of non-EU birthplace.”

Most of the discussions that took place were in English, and there were instances where a translation was needed. On average, the discussion lasted about 45 minutes and some took as long as 100 minutes. Professor Ross spoke with young people from 29 countries in total, such as Belgium, Denmark, France and the Netherlands (but not the UK), and covered 103 cities and towns, with 324 discussion groups, totalling 2000 young people.

While facilitating the discussions, Professor Ross was careful not to direct them, allowing the answers to flow naturally from the participants. He avoided offering any categorisations, followed up their observations using their own language and terms, and, most importantly, never introduced words like nation or state, and never asked for opinions on migration or racism, only introduced them into the conversation as ideas. In short, the young people determined the terms and focus in every discussion.

“There was a minority who held a more essentialist view. One participant said, ‘I’m Serbian, it’s in my blood’ – their nationality, regardless of the country they currently live in, is integral to their personality. And finally, there were participants who expressed an ethno-culturalist view, feeling that culture is an element that characterises a nation, and that history plays an important role in the creation of culture. One thing to point out was that a lot of the participants felt they were much less nationalistic than the older generations, for a variety of reasons.”

Many discussions in Western Europe took place between July 2014 and June 2016, a period which saw such events as: the formation of Da’esh (ISIS); the Charlie Hebdo shooting; and the migration of Syrian refugees into Europe through Greece and Italy. The participants referred to these events often in the discussions as they tried to explain their views.

“All of these events got picked up on and coloured their views as they talked about how they identify with their country. Early on in my research, in October 2014, they were complaining about the racism of their parents, such as racist jokes they made, and about other people being racist. They also showed concern for immigrants.

“After the Charlie Hebdo shootings, some of the participants touched on the tensions between freedom of religion and freedom of speech, and particularly how an event like that brought people from all over Europe together to express solidarity with France. These events, they said, made them feel more European.

“On the other hand, in some of the smaller settlements, like one in Belgium, participants felt that Europe should close its borders. They believe that immigrants arriving in Europe wanted to change the country they had come to, for example by building mosques, and this should not be allowed.”

Professor Ross’ analysis of his findings suggests that the young people of today represent a new political cohort. A cohort is a generation with a collective identity based on common experiences, such as growing up with diversity, and this identity is likely to persist as they grow older.

“There are differences between generations and cohorts as a result of different kinds of effects,” says Professor Ross. “There are age effects, which are universal, direct consequences of aging – though some argue that one changes politically, as well physically, with age. There are the period effects, such as major social events, that affect everyone regardless of age, such as a war or pandemic. And then there is the cohort effect, an event or change that particularly affects the next generation, influencing their continuing political and social constructions.

“From my research, I suggest that the change in the demography of Europe over the past 20 years, as well as the nature of events that have taken place in that time, has produced a cohort effect in young people, making them much more receptive and involved in a different view of their country. This view is not nationalistic, but rather one that's accepting and tolerant of diversity and diaspora throughout the continent.” 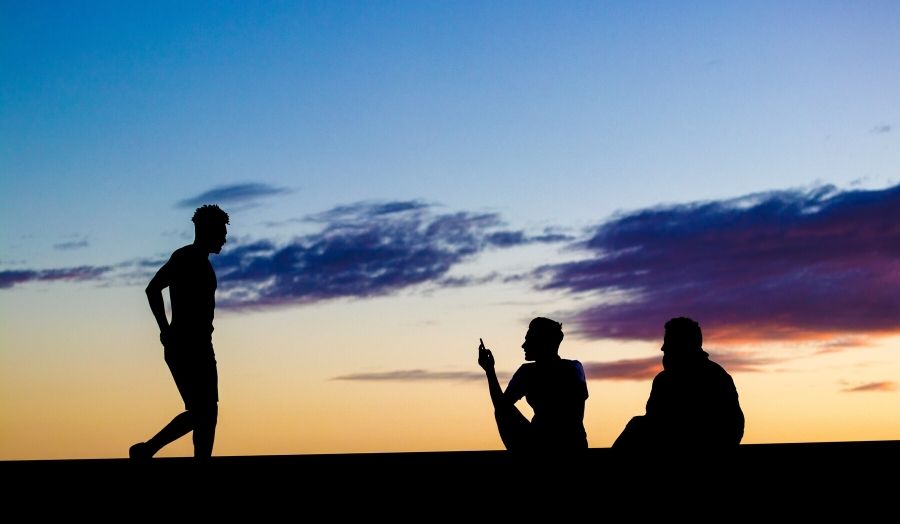