The student-created magazines will find out if they have won on 9 May 2021.

Two third-year student magazines, Sappho and Young, have been shortlisted for Best Design in the prestigious Student Publication Association Awards (SPA), open to all student journalists and member institutions across the UK.

The magazines were created as part of the Creating Packages core module on the Journalism degrees London Met offers, in which students develop a magazine concept and see it through to publication. Over the course of the academic year, they worked together in five small online groups, producing two print issues of their magazine and one online version, learning about conceptualising a magazine as well as writing, laying out and branding their final products.

Sappho is aimed at anyone who identifies as a woman, gender-fluid or non-binary, and is billed as a feminist take on the arts “free from the sexist and xenophobic narratives often portrayed in the industry”.

"It's not been easy to put a magazine together via Zoom, but we are honoured to finally see our hard work paying off," said Editor Shaelyn Stout, a BA Photojournalism student.

“We really hope that one day Sappho will be out in the newsagents to inspire amazing women and feminists out there. Being shortlisted for the SPA awards takes us a step closer to that goal,” added Creative Director Claudia Schergna, who studies Journalism, Film and Television Studies.

The winner of the SPA will be announced this weekend.

Young is an international magazine concentrating on lifestyle issues for professional women aged between 20 and 35.

Young’s Editor-in-chief, Journalism student Hanna Leppanen, said: “We are all incredibly excited about the shortlisting. We have a great team who have worked hard to build our magazine. It’s amazing how much we’ve all learned in the process and this is a great opportunity to show our work.”

Creative Director Gennaro Costanzo, who is studying Journalism, Film and Television Studies, added: “It's so exciting and unexpected but I'm glad they recognised our effort. Hopefully, even if we don't win, we'll get some coverage or support.”

“I am so pleased with how the team has done and what we have achieved in such a short space of time,” said Young’s Production Editor, Leanne Powell, a Fashion Marketing and Journalism student. “Even to just get shortlisted is a privilege.”

The other three magazine groups put together Diaspora, providing stories and advice for the UK’s immigrant community; Vox Cultura, all about culture and BAME achievements in business and the arts; and Craft, which prides itself on being “curators of creative culture”.

Magazines created in previous years on this module have focussed on a variety of themes, such as food and drink; queer events in London; professional rugby; and how to stage the perfect Asian wedding.

Next week, all five magazine teams will play host to the annual London Met Magazine Awards, where a panel of seasoned industry professionals will judge their work. Categories include Best Website, Best Cover, Best Live Event Feature and more, as well as the coveted award of Best Brand/Most Commercial Potential - thanks to our business incubator Accelerator - where a cash prize, mentoring and office workspace will be up for grabs.

“Students have worked very hard in what has been a very difficult year. I am very proud of what they have accomplished and happy to see their work recognised and rewarded,” said Creating Packages tutor Wendy Sloane. 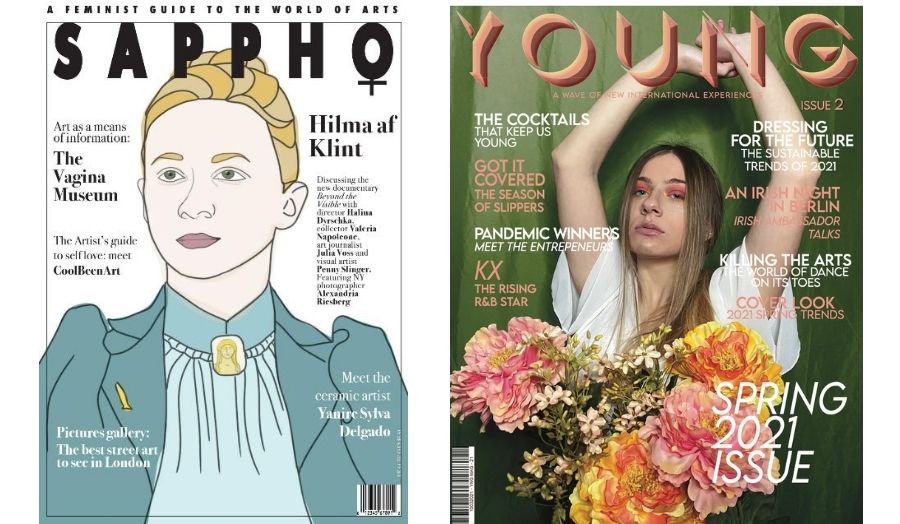