Pontins and 'No Irish Need Apply': the prejudice that refuses to die

In the context of the pandemic, the government has suggested we plan holidays in Britain this summer. However, the news that Pontins, the iconic British holiday firm, had an embargo on guests with Irish names and/or Irish accents, suggests that 'staycations' may not be viable for everyone. This incident reveals the enduring reality of anti-Irish prejudice in British society as well as the prevalence of unashamed anti-Traveller discrimination.

Pontins' list of 40 Irish surnames, including some of the most common names in Ireland, such as Murphy, was printed on a document that bizarrely featured a Gandalf-like wizard, declaring: "YOU SHALL NOT PASS". After a whistleblower revealed the list, Pontins sought to justify their actions as an attempt to bar guests from Traveller backgrounds as if, somehow, that was a justifiable explanation.

This incident may shock many people who consider anti-Irish hostility to be a thing of the distant past. However, for many Travellers, such blatant racism is all too familiar and "a fact of their daily lives" according to Baroness Sal Brinton, Patron of the Traveller Movement. As Yvonne MacNamara, Chief Executive of the Traveller Movement, has said: "We've heard holiday camps do this sort of thing all the time". What is unusual in the Pontins case is not that they discriminated against Travellers, but that they were so publicly exposed and condemned for their actions.

The Pontins incident shines a rare spotlight on issues that often play out at the margins of society. According to data from the Westminster Parliament, Travellers, along with Gypsies and Roma, are among the most disadvantaged people in the country. The health status of Gypsies and Travellers is much poorer than that of the general population and life expectancy is 10 to 12 years less than non-Travellers. Pupils from Gypsy or Roma backgrounds, and those from a Traveller or Irish Heritage background, "had the lowest attainment of all ethnic groups throughout their school years".

Gypsies and some Traveller ethnicities are recognised in law as ethnic groups protected against discrimination by the Equality Act 2010. Although recognised as a distinct group in the 2011 census for the first time, nomadic lifestyles make numbers hard to calculate, but Gypsies and Travellers are estimated at between 100,000 and 300,000, while European migrant Roma are estimated to be around 200,000 in the UK. While all these groups have "historically been persecuted across Europe", the situation in modern-day Britain remains concerning. There is solid evidence of persistent discrimination, of which Pontins is just one example.

What is also noteworthy about the Pontins incident, is how Irish markers of identity such as names and accents were used to identify Travellers. Just as many Romanian migrants in Britain are horrified to be mistaken for Roma, so too many Irish people may be outraged at being lumped together in a category with Irish Travellers. But it would be well to remind all of us that Irish migrants (Traveller and non-Traveller) were subjected to these forms of blatant discrimination in the not too distant past.

A longer version of this blog features on the Runnymede Trust's website. To continue reading, click here. 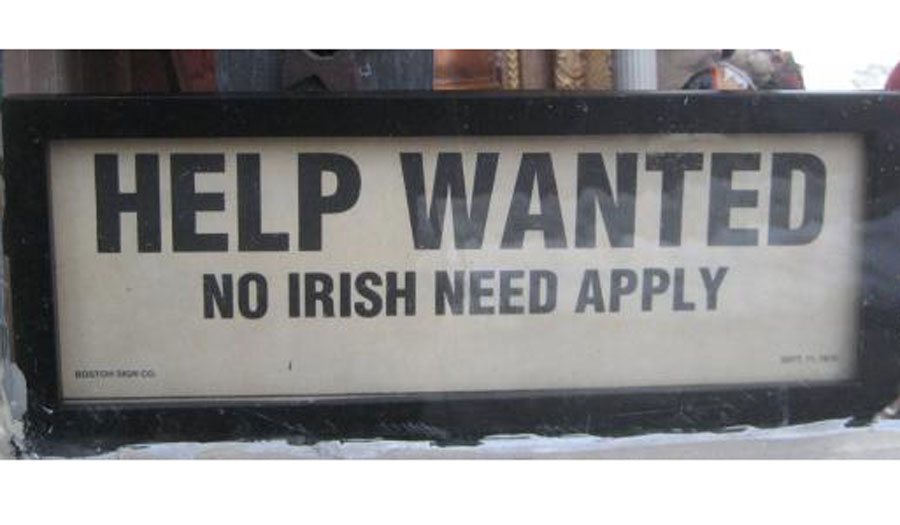