"We are so much more than a month" - Adebukola Fadipe writes about Kelechi Okafor and Candice Brathwaite, two of the women who’ve most inspired her, and the power of Black joy.

I could tell you about the amazing Black people of history that have laid the foundations of my rights. I could explain the life of poet and activist Maya Angelou. I could describe the beauty that was singer Mahalia Jackson who encouraged Dr Martin Luther King as he went off-script and created the famous ‘I Have A Dream Speech’. I could describe the triumph and struggles of Seaman William Brown, the first Black female to serve in the British Navy. But I won’t. There are so many people alive today who are making an impact for Black women and men. I want to take the time to celebrate.

Since I started my degree at London Met, it has been a beautiful experience in terms of representation, inclusivity and encouragement of people from all walks of life. But as a Black woman, it was truly here, because of the Student Union, that I started being who I was born to be; joyous, outspoken and able to live in my truth. For longer than I care to admit, the world outside of London Met, convinced me that I wasn’t enough. It convinced me that I wasn’t beautiful, I was “too much” and everything that made me 'me', was wrong. Seeing other Black people still striving and flourishing in their joy, their success and in life itself is something that also kept me afloat. With Black History Month, I wanted to share with you the two women that helped me find myself and inspire me.

Coming across these inspirations, at the lowest points of my life and unbeknown to them, lifted me up, encouraged me and dare I say it: saved me. They saved me from stifling who I was, saved me from watering down my personality and being able to see that its ok to be the best person I could still be.

One of those people was Kelechi Okafor; a businesswoman, podcaster, dancer, actress and writer. She is also a vocal activist against the racism that infiltrates our daily lives - the cherry on top of her decadent reign. I absolutely adore this woman: She not only exudes love and acceptance of the LGBTQ+ community but she also encourages people to be true to themselves. Seeing her being unapologetically herself is more than inspiring. intellectually gathering the scalps of bigots far and wide then giving us a pep talk of “Chat sh*t, get banged” is the content we all need to get into! Showcasing the best of all her worlds and me seeing that, seeing her thrive with it? I needed it and she served it.

Another was Candice Brathwaite. This phenomenal lady was a blogger in a space where she was a rare find: the mummy-sphere. At a time when the majority of mothers that blogged their life were white, skinny and rich, she was breaking through with her truth. Relaying her experience of birth, she used it to push awareness of Black women being 5 times more likely to die in childbirth. When I first followed her on Instagram six years ago, I had just become a single mum and believed I was nothing more than a mere statistic. Seeing this larger than life, dark-skinned woman in a healthy thriving relationship with a dark-skinned Black man, captivated me.

She wore bright clothes and bright lipsticks that society said was out of reach for me and her. Just seeing her LIVE, I instantly felt drawn to her. Documenting the ups and downs with her husband and me seeing that gave me a perspective that I didn’t have growing up. Born and bred in Brixton; the life she now lives seemed alien to her but her determination and confidence in herself bought her far. Her way of writing and stylising her dreams and goals gave me the injection I needed to get up and go. To follow her growth from her dream boards to living her dreams in real-time has been beyond a pleasure. Now a celebrated author with her debut book, I Am Not You Baby Mother, it felt like I was a success. Going on to do campaigns with the biggest names while manifesting her life, she has become the epitome of Black-woman joy.

I have so many more role models that have helped me along my journey: Akala (poet and author), Tolly T (podcaster and writer), Tanya Compass (LGBTQ+ activist) - I could go on. The representation of inspirations for me as a Black woman is abundant. While many people roll their eyes at a Black family being featured in an advert and anger at a dance highlighting a struggle that many Black people are going through; representation matters! I love that these brands are finally realising that as well as the joy and beauty of being Black. I hope you do too.

Happy Black History Life, because we are so much more than just a month. 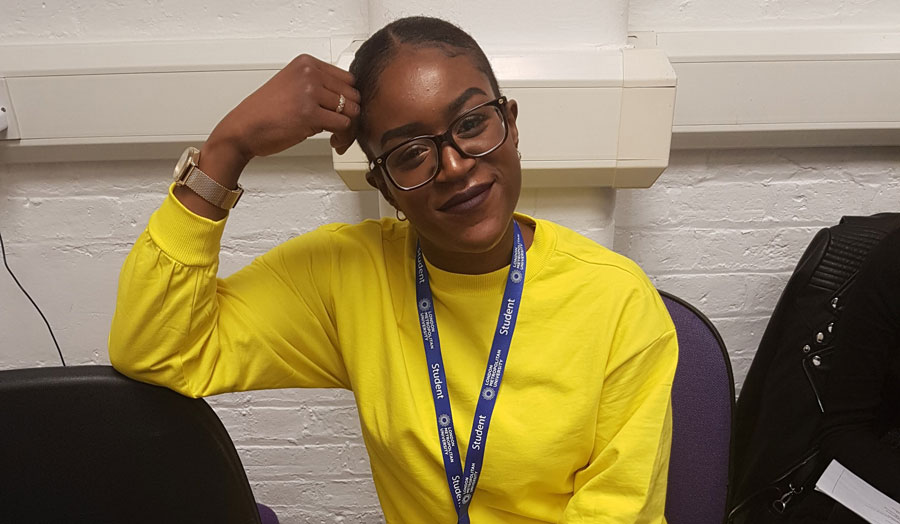