Shenpei Ha, a student on the Professional Diploma in Architecture RIBA2 at The Cass, is one of the finalists in the World-Architects Young Talent Architects Award (YTAA).

Shenpei’s project Borrowed Scenery: Miyato Salt Farm Onsen is a design for a salt farm onsen (meaning "hot springs") that will facilitate the restoration of Miyato Island after the 2011 Tohoku tsunami in eastern Japan. It formed part of his study within Unit 10 of the Diploma course tutored by Signy Svalastoga, Edward Simpson and Jonathan Cook.

The YTAA joins the prestigious European Union Prize for Contemporary Architecture: the Mies van der Rohe Award and the Emerging Architect Special Mention. This trio of biennial awards from the Fundació Mies van der Rohe and the European Union’s Creative Europe program recognises the best in European architecture at each stage in an architect’s career. By recognising the best graduation projects of recent graduates of architecture, landscape architecture and urban design, the YTAA will become an important stepping-stone for young architects.

The final thirty in the shortlist were selected from 211 submissions. The six finalists and the three winners will be publicly announced on 28 October at La Biennale di Venezia. Shenpei Ha is one of only two other UK submissions to have made the shortlist, decided by an expert international jury.

Tracing back the past vernacular
"Set in the tsunami-struck area of Tohoku – Japan. A salt terrace farm/bath house hybrid that trace back the regional vernacular of rural Japan that is lost and has undergone a nativising discourse of hypermodernity after the 2011 Tsunami. This lyrical proposal also confronts the relationship of government’s ambition and Miyato island’s integrity."

In March 2011, an earthquake triggered a tsunami that would go on to destroy thousands of homes and lives across northwest Japan. Efforts were made to restore the lost landscape of Miyato Island, one of the three main views of Japan.
Although they knew full well that things could not go back to the way they were before, the people's resilience meant that although they did not forget the past, they were able to carry the scars and move forwards to restore and co-exist with the new. These interactions ensured that that the site was considered not only as a natural disaster concern, but also as a cultural concern. It is a landscape that combines both the urgency and long-term planning needed to protect the way of Miyato Island against the backdrop of a scenery that is important to the Japanese.
The seawall scheme by the Japanese government was one answer that provided protection for the people living in coastal Japan. However, these structures – ranging from 7 meters to 14 metres high – blocked off views out to the sea, and put at stake the island’s local identity of being an unparallelled natural beauty – something the locals fiercely wanted to protect. 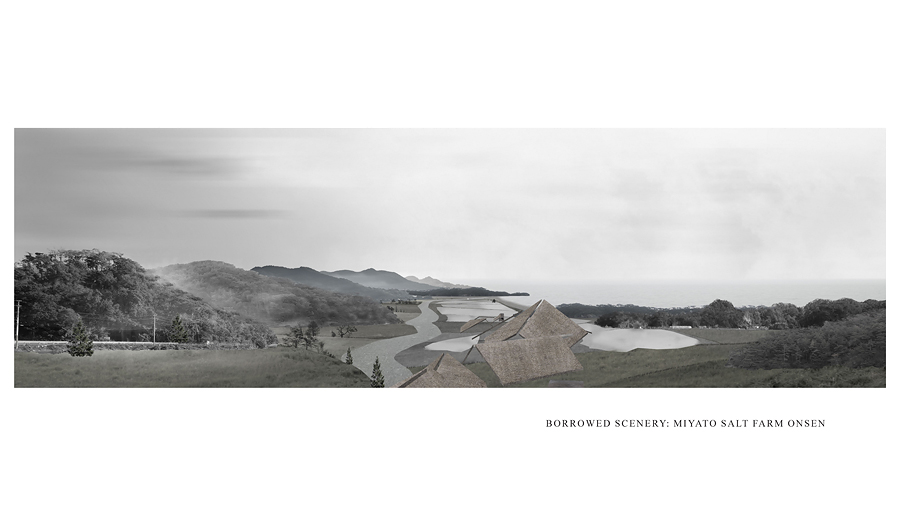