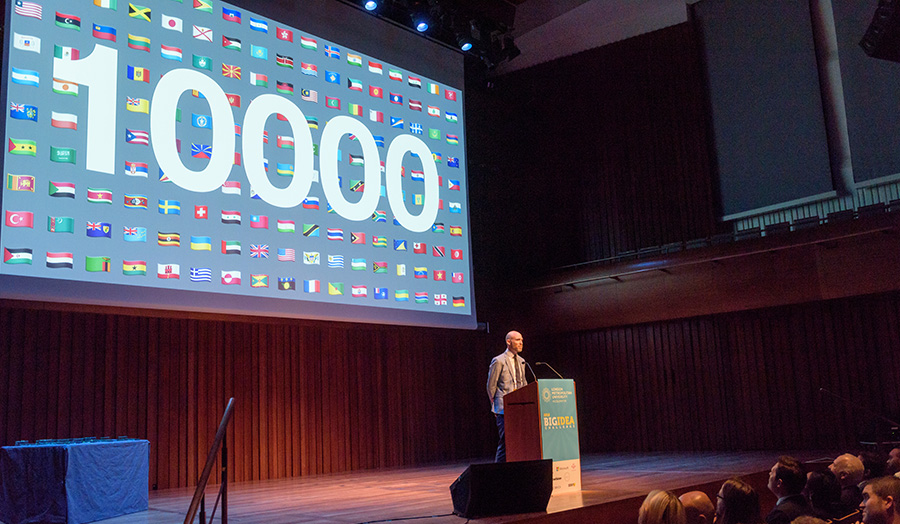 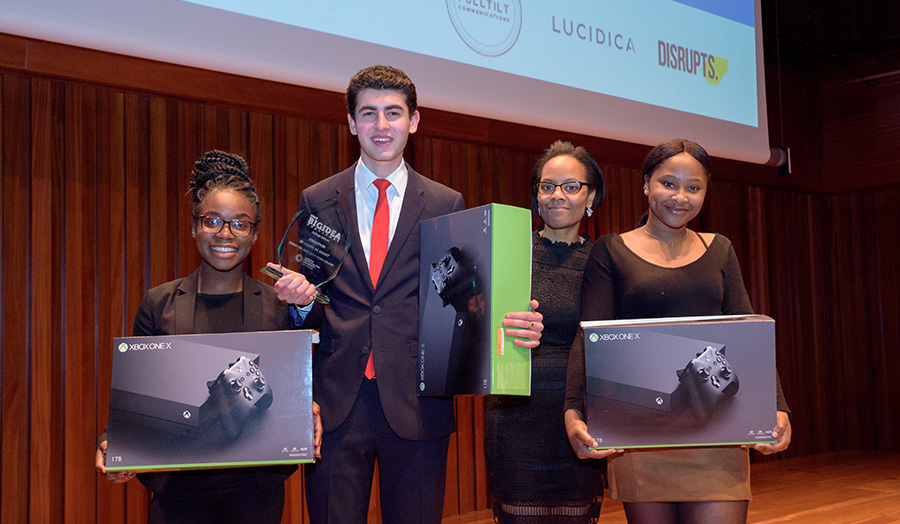 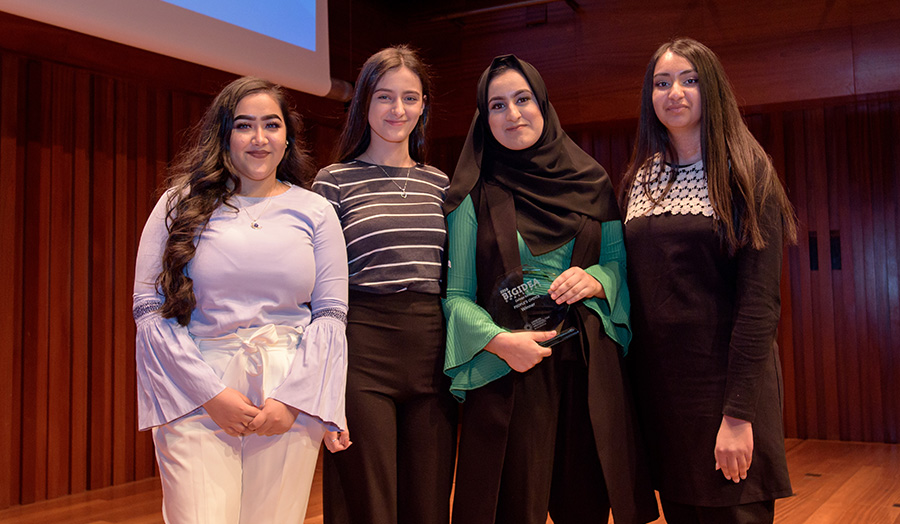 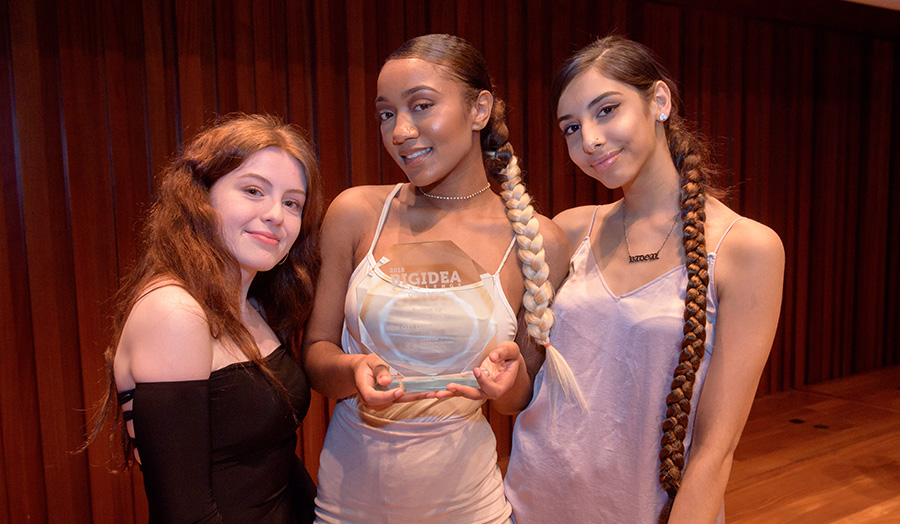 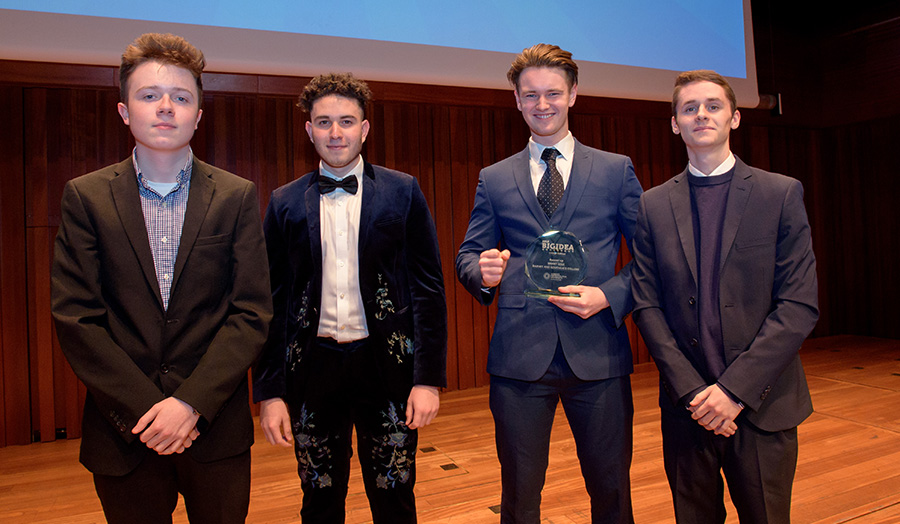 Budding entrepreneurs from across London have been taking part in the annual Big Idea Challenge, one of London’s biggest entrepreneurial competitions for young people.

Young entrepreneurs from across London were recognised at London Metropolitan University’s annual Big Idea Challenge awards night held on Thursday 26 May at the Guildhall School of Music and Drama in the Barbican, London.

The Big Idea Challenge for schools and colleges is an entrepreneurial competition which encourages college students across London to build, develop and pitch their ideas to a panel of judges from sponsor partners Microsoft, Natwest, Ludica and many more. It was launched in 2016 to run alongside the Big Idea Challenge for London Met’s staff, students and alumni which was first held in 2006.

With ideas ranging from online safe spaces for women to discuss sex and sexuality to shoe soles monitoring calorie intake and fitness levels, the ideas this year were bigger and better than ever.

Christ the King Sixth Form College, based in Bexley, were the overall winner’s with their idea, ‘Be Sharp, Be Smart,’ an app to help young people learn skills such as paying a utility bill, getting a mortgage and getting insurance.

The team is made up of students Bradley Aquilina, Stephanie Boateng and Jahmeina Campbell. “Hearing our team’s idea being announced as the winner was absolutely shocking because none of us expected to win,” Bradley said.

“We are extremely grateful to our mentor, Melanie Evans from Microsoft, who worked really hard with us and helped us to develop and hone down our idea. It was fantastic to attend the Bootcamp Day back in February where we could work in a real life dynamic business environment.

“Winning the Big Idea Challenge has made us more determined to make our idea an actual reality and we are going to pursue this idea as we believe there is real value in it.”

‘Taboo Talk,’ an online safe space for women to discuss sex and sexuality, won one of the Runners Up awards for their innovative idea. The idea was developed and pitched by Ishan Sharma, Iman Belabed and Rachel Barrett from New City College (Hackney campus).

“Winning runner up in the Big Idea Challenge has made us very excited for the future and we’re definitely going to take our idea forward,” Iman said.

“We believe that our idea will continue to inspire women to share their stories of all things sex-related. Every woman has a different story to tell about a variety of topics and we believe it’s important to have a safe space for women to do that.

“There are not a lot of open-minded people in this society, but we are making progress, and we believe that ideas such as ours will help to address this issue.”

‘Smart Sole,’ a shoe sole which automatically calculates the amount of calories consumed and fitness levels, was announced as the other Runner Up. The idea was pitched by Kenan Murarrem, Matthew Hand, Luke Regan and Tom Barnes-Gosling, students from Barnet and Southgate College.

“It’s been a lot of work but we’re really happy to have won a London Met Big Idea award,” Luke commented.

“The best thing about this competition for us has been all the advice, mentoring and guidance you get to think about your idea from many different viewpoints, customers, retailers, designers, manufacturers and investors. It really helped us develop and refine our ideas and we’re all individual entrepreneurs anyway, so we think our next steps are to take what we’ve earned into our own business ideas.”

The People’s Choice category invites votes from all around the globe to decide who the winner is. Over 10,000 votes were cast this year – marking 2018 as the year with the most engagement. The winner of this category was ‘Pro Techt,’ a personal safety alarm designed to keep women safe.

Find out more about the University’s Big Idea Challenge winners.