Students get to feel what it's like to be in the front row of a rugby scrum.

An international front row of Michelle Gustavsen (Denmark), Opeyemi Buraimoh (England), and Luca Rimoldi (Italy) ‘scrum down’ in the entrance lobby to the World Rugby Museum in the East Stand of Twickenham Stadium, south west London.

The students were part of a December visit to the Stadium by the Sports Management master's group accompanied by course leader Stephen Baines, who himself has held senior rugby jobs of executive director of Canadian Rugby and chief executive officer of the International Rugby Board (now renamed World Rugby).

The Museum has the most extensive collection of rugby football memorabilia in the world that displays the game’s history, and a fascinating array of trophies and film and video footage.

The students were able to test their speed, strength, jumping, and kicking prowess in the interactive skills games in the Play Rugby Zone and to learn more about one of the world’s great team sports at one of its major venues.

According to Stephen Baines, most of the group knew nothing about rugby prior to visiting Twickenham and the Museum. “They are now familiar with the sport and its history and the status of its Rugby World Cup as the third biggest sports event in the world, behind the Summer Olympics and Football World Cup”. 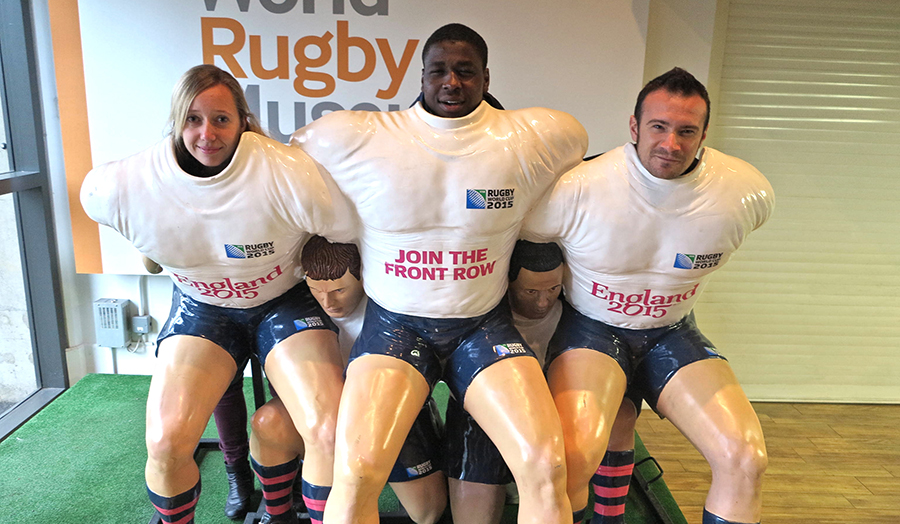