Working behind the scenes for Green Impact Sustainability news

The inaugural Green Impact scheme generated a lot of interest this year. Find out more about how teams behind the scenes got involved.

One of those teams was Bilfinger Europa, the property management company subcontracted by London Met to take care of the campuses.

Led by Terrie Fairman, the team have been working hard on minimising waste across all three campuses and encouraging students and staff to recycle.

“It is part of our job,” said Rima Baltrusaitiene. “However, the Green Impact programme allowed us to engage with staff more effectively and show them how important our day-to-day work is.”

The team is made up of Michael Cooney, Rima Baltrusaitiene, Hernan Paramo and Terrie Fairman.

“Green Impact is a great initiative that a wide range of departments at London Met could get involved in,” said Rima.

“There was a huge range of activities and interest to suit everyone. They were all useful for helping to sustain a greener environment and the budget savings were huge.

“Some of the new initiative we have implemented include setting all printing to double-sided by default, which saves paper wastage and cost.”

The team say they found time to be the most challenging aspect of taking part in the scheme. They created a communication system for their team which was accessible in English and Spanish, as most of the team’s mother tongue is Spanish.

Run by the National Union of Students (NUS), Green Impact encourages universities to play a role in helping the environment, either from their workplace or by going outside and helping to bring about environmental change. 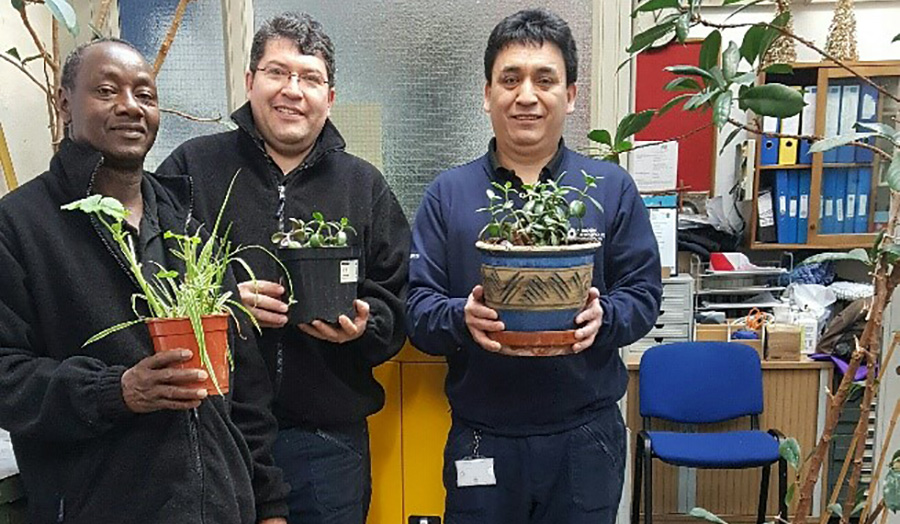