Who is responsible for accurate science reporting? News from the School of Human Sciences

Preposterous news headlines, such as “MMR vaccine causes autism”, “Vitamins cause cancer” or “Breastfeeding enhances intelligence” appear on a regular basis. Is the press always right? Why are journalists getting science so wrong and who should be held responsible?

Earlier this month Dr Samir Nuseibeh, senior lecturer in pharmacology and Dr Esther Murray, senior lecturer in health psychology, participated in an open debate "'Reading the news is bad for your health', scientists say",  to discuss the ethical issues of science journalism.

Dr Fiona Lethbridge, senior press officer at the Science Media Centre, stated that the UK is in a lucky position to have so much quality specialist science journalism. “More scientists speak to journalists these days, and that gets reflected in the quality of science reporting,” said Fiona.

Samir addressed the inaccuracy of scientific reporting and the lack of evidence it supplies, in relation to the findings of breastfeeding and its benefits. The news reported that breastfeeding enhances a baby’s intelligence, even though there were extensive limitations to the study. “In addition, it is not even clear whether IQ is a good measure of intelligence anyway,” explained Samir.

A point that was stressed during the debate was that even though some things show correlation, it does not mean they are caused by one another. “Correlation does not imply causation, and journalists often miss out on that”.

Esther touched on the psychological effects of such media headlines: “Media loves to scare us. It encourages behavioural changes, hence we need to be mindful how we interact with it.”

A recent publication showed a correlation between childhood stress and Type I Diabetes. “I get very agitated about stories that frighten parents. When I wanted to access the research paper to find out more about the study, I wasn’t able to as it was not a free publication. If we don’t get access to the research papers from which we might learn more about the issue and what we can do to mitigate its effects, what exactly are we supposed to do after reading those headlines?” said Esther.

Some people are losing faith in science reporters, however, “If you don't speak about it they will go to somebody who knows less,” said Fiona.

Another point that was addressed during the debate was how much control journalists have over their own stories, as there often are certain political and commercial agendas in place.

Most opinions came to the same conclusion – scientists and journalists need to interact more, to assure that the research is reported accurately and the language used is appropriate.

From the laboratory to the newspaper - all parties involved have the responsibility for communicating science in a considerate and informative manner. 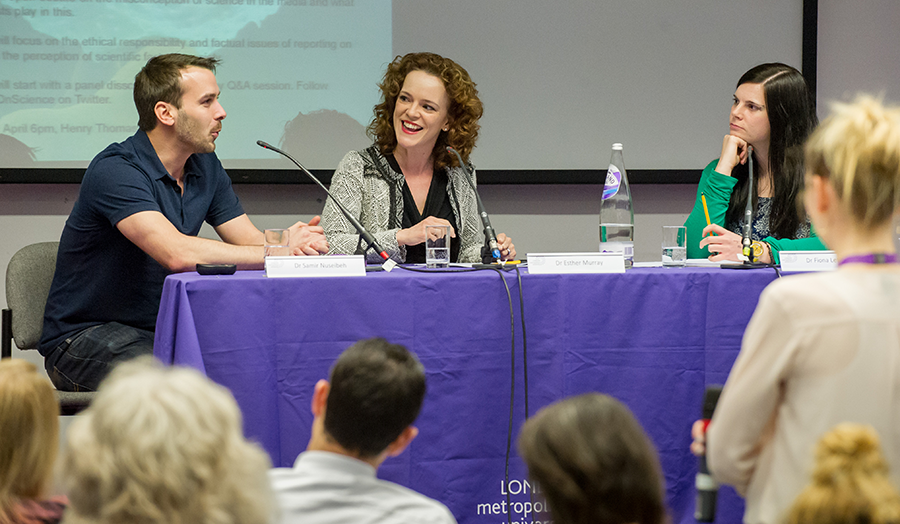