Successful student led film production company is on a hunt for new projects.

We Make Film, a student led production company based in the Sir John Cass Faculty of Art, Architecture and Design, is looking for new clients to add to its already impressive portfolio.

In just two years, We Make Film has been commissioned to make videos by the Royal Academy of Arts and the Bank of England, as well as taking on projects for the Startup Career Launchpad 2014 (NACUE) and Double Jab Boxing Club.

The company also has a track recorded of internal collaboration. We Make Film was invited to create a promo video for the ‘Alchemy’ jewellery studio in the Cass, and has been collaborating with the Faculty’s Project Office in the Huguenots project. Other clients on their list are Hitachi, Fabrica and the Samosa.

Sara Finn, who studies BA Film and Broadcast Production in The Cass, said: “The project is very valuable for us as students because it’s hard to get a job in film production without experience beforehand.

“We have been working mainly on documentary and promo projects, but we’re looking to do more in other areas too. For example, we have a member of the team who has great music video experience, so we’re particularly interested in opportunities in that area.”

The initiative came from Charlotte Worthington and Elaine Pierson, lecturers on BA Film and Broadcast Production, who founded the company. This project provides students with an invaluable opportunity of getting first-hand experience in the film production industry.

We Make Film is open to any filming projects and collaboration internally and externally. The company’s work is demonstrated on its website wemakefilm.co.uk along with social media and contact details.

Find out more abou The Cass. 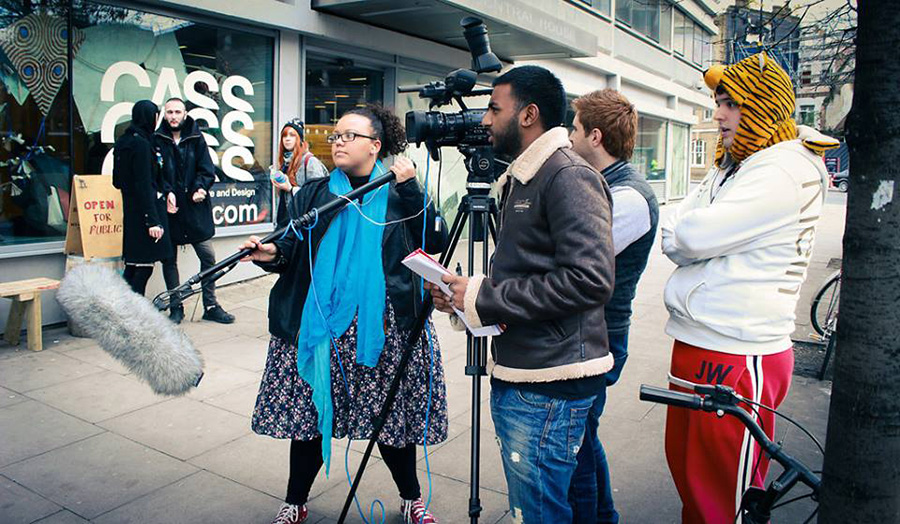