Transnational radio encounters in Perpignan, Montreal and Madrid News from the Guildhall School of Business and Law

As part of the HERA-funded Transnational Radio Encounters (TRE) project, Peter Lewis, senior lecturer in Community Media, with Caroline Mitchell of the University of Sunderland, has been organising a series of workshops that bring together community radio broadcasters, media academics and activists to share their experience in programming for and by minorities which links with minority communities abroad. These took place at the Université de Perpignan Via Domitia in June, in July, at the University of Quebec in Montreal, and in Madrid in October at the Universidad Carlos III where the campaigning organization, the Community Media Forum for Europe (CMFE) shared a joint platform with the Radio Research conference of ECREA, the European association which represents media, communication and cultural studies.

The minorities represented and discussed were mostly ethnic minorities, including migrant and refugee communities using their mother tongue to connect across borders with homeland, diaspora and host community. In Perpignan, radios broadcasting in Basque, Catalan and Occitan shared the experience of "endangered" languages. In Canada, for first nation peoples there is a similar struggle to preserve their languages.  In addition to their presence, the Montreal workshop also heard examples of multilingual programming. Montreal is a very diverse city where both bilingual French and English service is obligatory.

Official support for community radio varies across Europe. Although the sector is officially recognised in the UK, finance is a problem, unlike in France where a levy on commercial sector profits funds non-profit radio. At the Madrid conference, delegates were shocked to hear that a leaked government document proposed the "elimination" of community radio as means to drive back "the extreme left".

The final year of the three-year TRE project will see an Exhibition at Hilversum and a major conference at the University of Utrecht in July 2016. 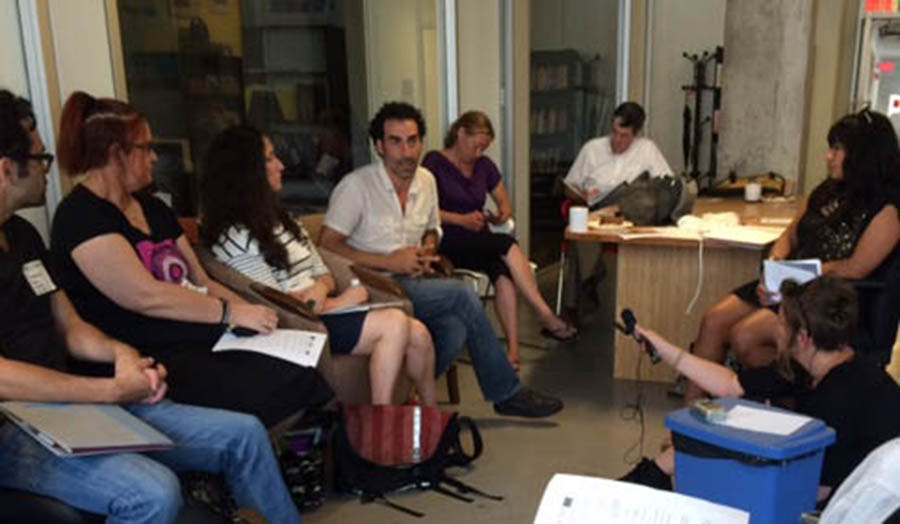