The Employment Land Portfolio exhibition gives a starring role to the work spaces and skills around an industrial estate on White Hart Lane, Tottenham.

In this exhibition a series of drawings by Lucina Rogers highlights the type of businesses threatened by Haringey Council’s plans to promote high-volume housing development, and not much else, in places where people work. They describe this as “restructuring the borough’s employment land portfolio”.

Part of the London Festival of Architecture, the project was spurred by Cass Cities’ research on the disappearance of space for industry across London and the warning that our city is short-sightedly consuming its own assets, in a blinkered pursuit of housing unit numbers only.

Rogers presents a series of large works on paper that depict the industrial interiors, yards and daily work of industrial trading, repair and manufacturing businesses in Tottenham. She draws directly from life in ink, crayon and watercolour, and often portrays working environments and parts of cities that are seldom seen.

Cass Cities' Mark Brearley introduces the exhibition, applauding its careful looking while criticising plans backed by the local authority and the Mayor of London that put many active businesses at risk, jeopardising diversity and local jobs, and adding to the suburbanisation of London.

Engineers Heyne Tillett Steel host the exhibition at their new premises in Clerkenwell. The exhibition will move to Tottenham later in June 2015. 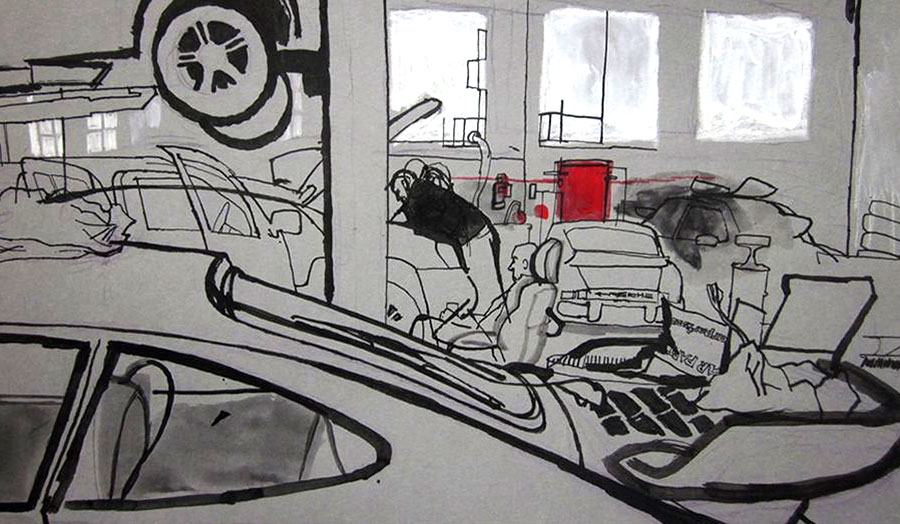