Louise Ryan, Senior Professor of Sociology at London Met, is set to appear in a new documentary exploring the untold sexual violence of Irish war.

Cogadh ar Mhná will look at why the sexual violence against women in the Irish War of Independence and the subsequent Civil War has never been fully explored in historic accounts. The documentary looks at why these stories were absent from the Irish wars, when they were such an integral part of every other war at the time, including both the World Wars.

Professor Ryan wrote in a blog, “I had grown up in county Cork where stories and songs about the ‘Tans’ were still recalled by the older generation. But it was only when I started to undertake my own archival research in the late 1990s that I became aware of the sexual nature of many of these incidents.

“While researching sources for my book Gender, Identity and the Irish Press, 1922-1937: Embodying the Nation (2001), I came across numerous accounts of so-called ‘outrages’ against women and girls during the Irish War of Independence. I was intrigued by newspaper reports from 1920-21 relating accounts of night-time raids on isolated farmhouses during which women were dragged out of bed and assaulted by groups of armed soldiers. These assaults often involved women having their hair crudely shorn off with razor blades.

“It is important to acknowledge that gender-based violence is not new and has long been a feature of armed conflict. Moreover, the use of sexual violence as a weapon of war is not only something inflicted by brutalised men in conflicts such as that in Syria. Indeed, British soldiers, in military arenas much closer to home, have also been culpable in grotesque acts of sexual violence against ‘enemy’ women.”

A spokesperson for the documentary said, “Cogadh ar Mhná takes these stories and dramatises them in an incredibly evocative way using the words of these women wherever we have their first-hand accounts. It allows these women’s voices in their own words to be heard for the first time in a hundred years and it redresses the balance of the history of the period that has been largely focused on fighters and military tactics."

Cogadh ar Mhná will be broadcast in Gaelic, but subtitled in English. It will air on Irish channel TG4 on Wednesday, September 23 at 9.30pm. 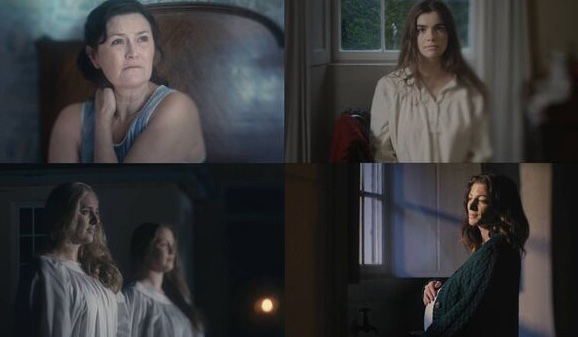