The Seeker – Travelling the world virtually News from the School of Art, Architecture and Design

New Work by Cass MA Fine Art alumna Nye Thompson to be presented at the Victoria and Albert Museum.

Work from The Seeker, a new project by Cass alumna Nye Thompson is to be presented at the Victoria and Albert Digital Design Drop In on 17 February 2018. Nye studied MA Fine Art at London’s Met’s School of Art, Architecture and Design, The Cass.

The Seeker is a machine entity or AI which travels the world virtually. Its ‘eyes’ are security cameras located all around the world, and it uses the latest image recognition algorithms to describe what it sees. It is named after Ptah-Seeker, the artist/technologist god of the Ancient Egyptians, who created the world by speaking the words to describe it. The project looks at how the act of describing the world might establish a whole new worldview for machines and humans alike. During the Digital design drop-in session participants will follow The Seeker for 24 hours as it travels around the world and attempts to understand the things it sees.

Nye Thompson's interest in the machine gaze began with her 2016-17 project on global surveillance: Backdoored.io, which sparked a global debate on privacy when it was exhibited at The Cass Bank Gallery. It has also recently been included in the Humans Being Digital exhibition at the Lowry, which is open until 25 February 2018.

Nye was collecting screenshots taken through unprotected online security cameras, and examining the privacy and social impact of the growing ‘Internet of Things.’ She explains: “I became increasingly interested in the genesis of the images I was collecting. They are generated in the instant that a search-bot discovers an unprotected security camera. There is no human agency involved, only an emergent system acting on algorithmic ‘instinct.’ Our machines are looking back at us, and I started wondering what they could see and how they were learning to interpret that vision.” 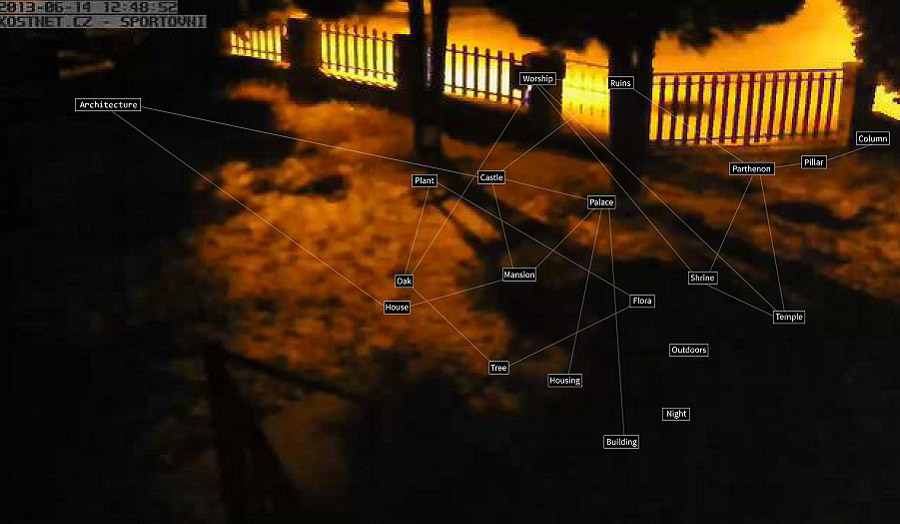