“If you can avoid prison, please do,” said Vicky Pryce, the economist, convicted criminal and author of a new book on prison economics.

Pryce was speaking to students and staff at London Metropolitan University, having been invited to give a lecture at the University’s Holloway Campus by the BA Journalism course.

The last time Vicky Pryce came to Holloway, the circumstances were a little different – she was starting an 8 month prison sentence at HM Prison Holloway. In 2013, Pryce was convicted of perverting the course of justice after accepting her ex-husband, former Energy Secretary Chris Huhne’s speeding penalty points.

Now, she has written a book about her experiences and the financial cost of the prison system.

“I was walking up and down in my room and talking to my TV, which apparently is the first sign of madness,” Pryce told the students when describing her time in Holloway Prison. “The worst part of imprisonment was losing contact to close family and of course, losing the freedom to do whatever you wanted.”

Pryce only served four months of her eight month sentence, two months in prison and two at home wearing an electronic tag. She spent four days at HM Prison Holloway before being moved to HM Prison East Sutton Park, an open prison in Kent.

One of the journalism students at the event asked Pryce whether she was qualified to write a book on the subject of prison after such a short spell behind bars. “In a place like Holloway, one can get the measure of things straight away,” she replied, adding that the book is not only about her experiences and opinions, but also those of a large number of women she met.

“In open prison you could come and go freely, there were no fences, no cells and no official rules. We were not even called inmates, but residents,” Pryce said, but added that it was no summer camp being part of the system. In her case, it was a constant struggle with the fact that she had lost control over what was written about her in the press - not all of it was nice.

“Humiliation is the number one cause of stress in women in prison. The local papers will write about their cases and it makes it hard for them to return to their communities,” Pryce said, adding that she often had to put on a fake smile and co-operate with photographers and journalists, who were following her everywhere.

Her book, Prisonomics: Behind Bars in Britain’s Failing Prisons, covers the problem points and injustices Pryce has found in the system after her own experience and wide research. She calls for radical reform and seeks to challenge how we look at crime and punishment in society.

“Many women are victims before they even go to prison, before they offend. They are in many cases let down by the system,” she said.

Pryce was invited to London Met as a part of the BA Journalism course’s enhancement week, but it also attracted lots of interest amongst Criminology students and staff. The event was an example of how London Met's Faculty of Social Sciences and Humanities is committed to exploring key social themes, as well as providing an excellent opportunity for journalism students to put their skills to the test.

Student Yorva Tsiakara said: "I really enjoyed the event, Vicky Pryce is an interesting and contrversial character and I really wanted to hear what she had to say. It's great that London Met holds these kind of events."


Find out more about the Faculty of Social Sciences and Humanities 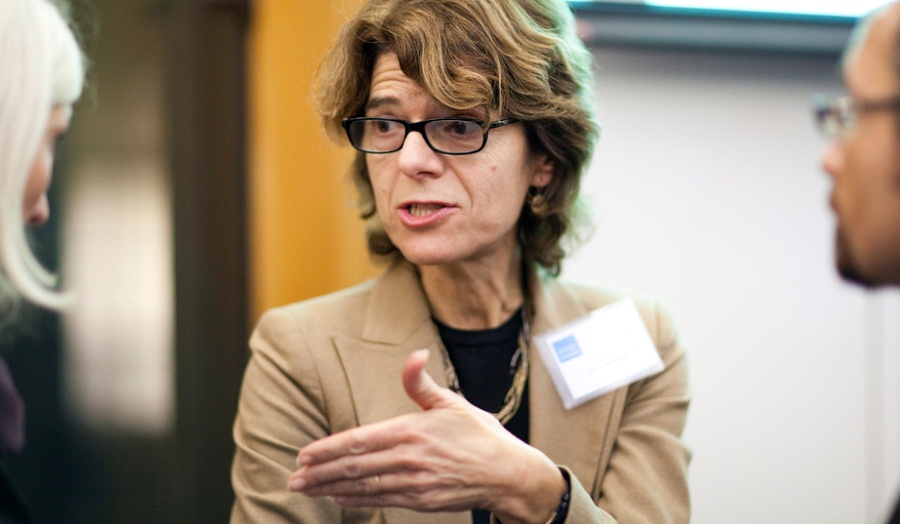