“We are in the middle of a global transformation” says guest-speaker Professor Guy Standing at latest Forward Thinkers public lecture.

Professor Standing, an economist based at the School of Oriental and African Studies, made his comments on Thursday 22 September in the lecture focused on class.

In the lecture, Professor Standing sketched out the themes behind his books on a new social class, the precariat, whose members face unprecedented levels of uncertainty and insecurity:

“The precariat have to do a lot of work for labour and work for the state and work in all sort of senses… this leads to one of the real predicaments for [the pracariat] - a loss of control over their own time.”

Professor Standing is a founder member and co-president of the Basic Income Earth Network (BIEN) and a former Director of the Socio-Economic Security Programme of the International Labour Organisation.

His book The Precariat: The New Dangerous Class has been translated into 14 languages and he has been invited to present on its themes in 300 places in 32 countries around the world.

Despite the pessimistic tone of his lecture, Professor Standing concluded on an optimistic note and called upon the audience to stand up and be heard:

“Precariat movements are growing even in London and Scotland. Many parts of Europe. A sense of recognition is emerging and I urge all of us to listen to these voices that are growing, that are beginning to define us as a force… that we can actually pressure for change.”

Other themes tackled by the lecture series include equality, taken on by political commentator Owen Jones, and race, addressed by the University of Birmingham’s Professor David Gillborn. 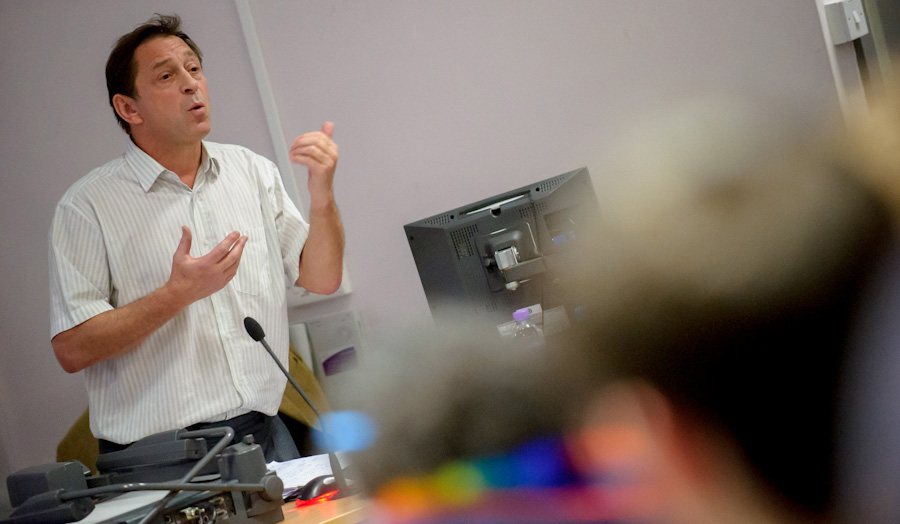