The British School at Rome, a new multi-disciplinary exhibition, opens on Friday 16 January at the Sir John Cass Faculty of Art, Architecture and Design (The Cass)’s Bank Space.

The exhibition will show a wall-based painting by Artist and BA Fine Art teacher Andrea Medjesi-Jones alongside architectural photography, models, drawings and writings from architect and Professional Diploma in Architecture teacher Edward Simpson.

Medjesi-Jones and Simpson, both The Cass staff and British School of Rome award holders, met for the first time whilst on residence in Rome.

The work is not directly linked in style or subject matter but the sharing of the Bank Space reflects the dialogue between artists and architects and the interdepartmental collaboration and support found at The Cass.

Linking her British School in Rome residency with her 2012 project Who is afraid of the invisible hand Medjesi-Jones expands on her examination of gesture as a site-specific and performative action. Examining the Luddites movement from 19th century England, Medjesi-Jones highlights the function of gesture in relation to language, image production and history.

Simpson developed Five Rome Housing Projects during his residency at the BSR. The project examines public and shared spaces within architecture. Using five Roman housing projects, built between 1910 and 1982 as case studies, Simpson looks at the complexity of designing socially encouraging residential spaces and the relationship between these habitats and the wider city. 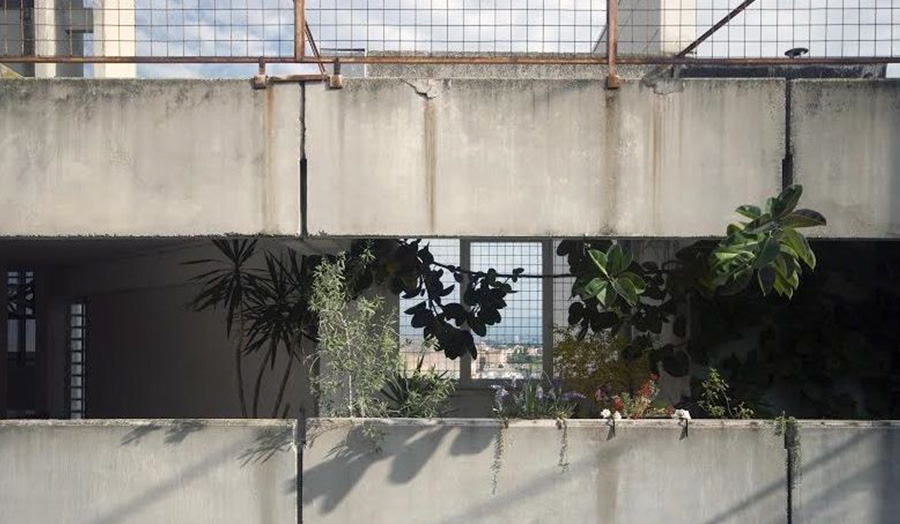