The Cass at Calcutta: a move for making News

We take a look at the brand new making facilities at Calcutta House, opening to students this academic year.

As part of a major project to bring The Sir John Cass School of Art, Architecture and Design together under one roof, the School of Design together with the Film and Music courses have made the move from Commercial Road to Calcutta House – a short journey towards the City.

The refurbishment of Calcutta House confirms The Cass’s future and ongoing commitment to ‘making’. The concept of making is core to The Cass’s ethos, with students encouraged to learn through exploration and experiment. The new workshops - featuring a wide range of replaced and renewed equipment - are at the heart of the building, positioned close to the new studio spaces.

The ground floor has been stripped out to a sequence of spaces containing a metal workshop, wood workshop linked by bench workshops, and a basement accommodating the film and animation studio, a rapid prototyping and digital print workshop, a finishing workshop, and the on-site hire shop.

The print workshops, with the letterpress, are located on the second floor and on the fourth floor are the musical instrument and upholstery workshops.

The Art, Architecture and Design library has also been incorporated into the existing library at Calcutta House, occupying the ground, first, second and third floors of the building.

Studio spaces are vital to the energy and quality of experience for Cass students and the new spaces provide coherent blocks of studios related to each subject area.

The first floor is now home to seven of the studios for furniture and interiors alongside a model making workshop. Upstairs on the second floor there are seven more, including studios for visual communications, and print, stitch and weave studios for textiles.

First year Design students have access to three large open-plan studios located on the third floor and topping off the refurbishment are three new studios for fashion on the fifth.

One Campus, One Community

The relocation from Commercial Road to Calcutta House is the initial step towards housing all departments of The Cass under one roof for the first time in the School’s history. Fine Art, Architecture, Photography, Jewellery and Foundation students at Central House will join their peers in Calcutta House in autumn 2017.

The move is part of London Met’s ambitious One Campus, One Community project, which is seeing £125m invested in new facilities, technology and curriculum development, with the eventual creation of a new, single campus in north London.

Find out more about The Cass at Calcutta 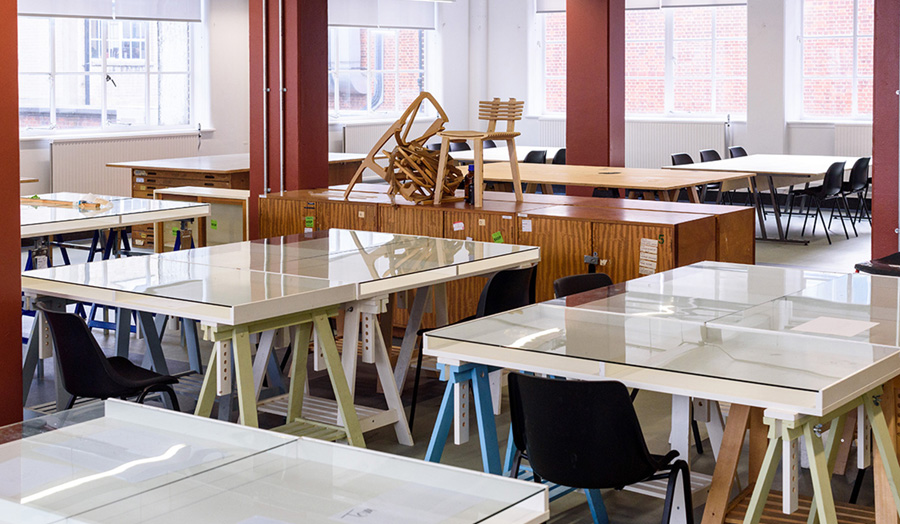