The Brady Clubs: An East End Community is an exhibition curated from a recently recovered collection of images from The Brady Club, now deposited in the East End Archive at The Cass.

Cass students, staff and old Bradians have worked together to archive the photographs and bring this important collection to public attention, building on the success of Nostalgia is not Enough, a smaller exhibition which took place in April 2017.

The Brady Boys' Club was the first Jewish boys' club in Great Britain. Founded in 1896 by philanthropists Lady Charlotte Rothschild, Mrs Arthur Franklin and Mrs N S Joseph, the club originally provided underprivileged boys from the East End with recreational and educational opportunities as well as the chance to go on holiday to a summer camp. The Girls' Club was founded in 1921 by Miriam Moses.

The exhibition is extracted from a 2017 donation to the East End Archive by Hannah Charlton, former editor of the Sunday Times, who discovered them in 1979 at the Museum of Labour History at Limehouse while researching a book about anti-fascist marches in the 1930s and anti-racist marches in the 1970s in London’s east End. The museum did not have capacity to keep them and Hannah became their guardian. She showed them to Ian Denning, a photography and archive specialist at The Sunday Times and they agreed to hold on to them until a suitable project arose. In 2017, thanks to an introduction by photography curator and writer Zelda Cheatle the Brady images came home to the east End.

Talking about the exhibition, Susan said: "Despite the fact that years have elapsed since the club closed, the rediscovery of the collection seems incredibly timely, particularly in the light of the current wave of youth alienation, and gang violence. Perhaps it is time to reconsider the true value of youth clubs and their contribution to forming a cohesive community?  Much of the funding once earmarked for youth activities has been withdrawn and perhaps society, and particularly our youth, are paying the price? I know that these old Bradians believe passionately in the value of their old East End Club and the community it offered them; they are dedicated to re-telling their story, not only with a view to recording the significance of their history but as a message to the current generation of policy makers, to encourage the reestablishment of genuine community and supportive frameworks for our youth."

The exhibition opens with a Private View on Tuesday 1 May with special guest East End centenarian Beattie Orwell. It was previewed recently by London Live. 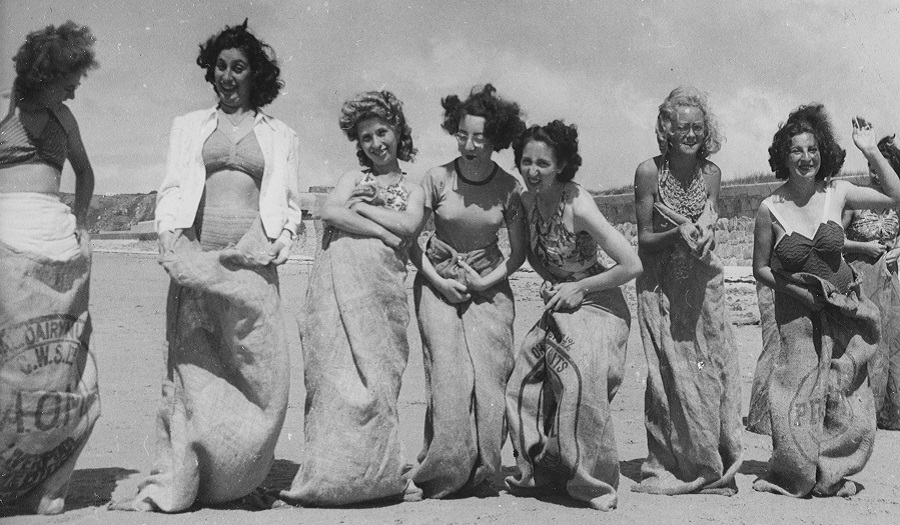