The Book Art Project News from the School of Art, Architecture and Design

Inspired by the debut novel "Da qualche parte nel mondo" (Somewhere in the world) by the Italian author Chiara Cecilia Santamaria (published by Rizzoli), 12 Italian artists have used a copy of the book itself as the support to create an original artwork. The collection of these unique pieces is currently online and was shown in Rome at the renowned Spazio Cerere from 26 to 30 November 2015.  All artworks are for sale and the income will be donated in full to Medicines Sans Frontieres to support populations running away from wars, natural disasters, epidemics and hardship.

“Da qualche parte nel mondo” (Somewhere around the world) is the debut novel by Chiara Cecilia Santamaria, freelance journalist and acclaimed author of the blog machedavvero.it where she writes about her life between Rome and London. The novel tells the story of Lara, a girl with a difficult past who will become a celebrated painter. From the weighty presence of the art in the novel springs the idea of The Book Art Project: thanks to the collaboration with the curator Susanna Bianchini (aka sybin), the author asked twelve Italian artists to read “Somewhere around the world” and turn the book-object itself into an artwork inspired by the story. A unique and ambitious project that grouped together a heterogeneous mix of established and emerging artists who mainly express themselves through painting; the “old” bi-dimensional medium, challenged by the pressure of modern times, which, according to many, is being rediscovered and going through a nouvelle vague. Among the participating artists are Rosa and Carlotta Crepax, nieces of the famous Italian illustrator Guido Crepax (author of Valentina), the street artist Lucamalonte, Vania Elettra Tam, Jara Marzulli and the artist and tattoo-maker Nicoz Balboa. The result is a journey between the suggestions on the character of Lara, whose “fleeing gaze of someone who is not easily tamed” seems to hit us already through the novel’s pages, and the sets where the characters move; places, atmospheres and feelings told in a somehow violent and touching way. The brushes don’t paint the words literally in a didactic way as in traditional easel painting: they rather evoke, revisit, sketch out an unprecedented relationship between writer and reader, which is made of images having body and soul. They transform the book-object, already filled by meanings, in an artwork, with all the breadth of concepts that it brings.

Chiara Cecilia Santamaria is a writer, freelance journalist and blogger.

She wrote for Vanity Fair, Gioia, Cosmopolitan, Corriere, Donna Moderna. Since 2008 she’s the author of one of the most read and acclaimed Italian blogs, www.machedavvero.it, where she tells about her life between Rome and Londo. For Rizzoli (Italy), she has also published “Quello che le mamme non dicono” (What mothers don’t say, 2010). “Da qualche parte nel mondo” (Somewhere in the world) is her first novel. She lives and works in London.

Susanna Bianchini is an art historian, curator and freelance writer.

She is Director of SybinQ Art Projects, a nomadic space promoting contemporary art through the circulation of culture, the commission of new artworks in unusual settings and the creation of International networks. In London, she curated The Bay Window Project, a series of shows dedicated to site-specific in the restricted space of a bay window, featuring Italian and International artists. She attended the Master in Curating the Contemporary at London Metropolitan University and worked for Gagosian, Whitechapel Gallery and Tate. In Rome, she collaborated with the MACRO – Museum of Contemporary Art and some private galleries. She lives and works in Bergamo, where she also teaches Art History. 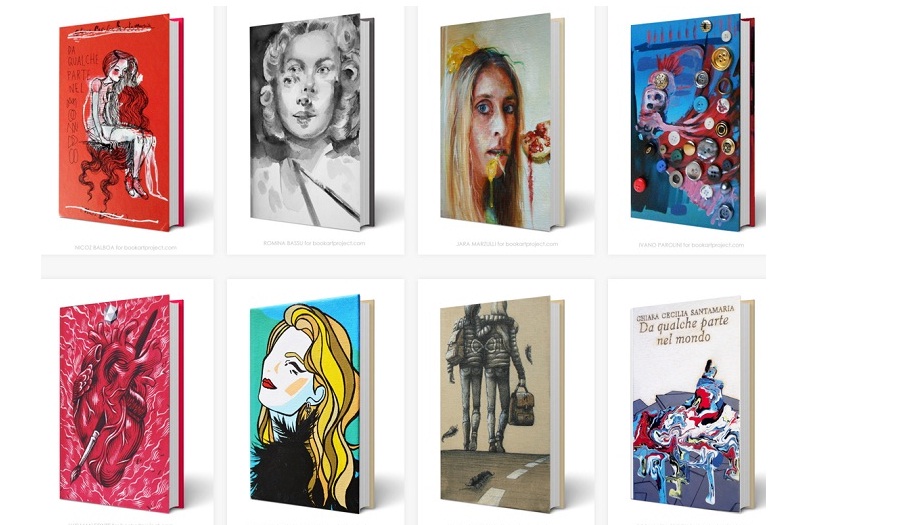