Tate buys protest work by Cass professor News from the School of Art, Architecture and Design

Bob and Roberta Smith – the pseudonym of artist Patrick Brill – created the stream-of-consciousness "letter" to Mr Gove, featuring black text on a white background, to vent his concerns about the place of arts in the curriculum. The creative campaigning initiated by the letter continued with the establishment of an Art Party whose conference was recorded as a feature film and saw the artist stand against Gove in the last General Election.

British artist Mark Wallinger has also donated State Britain, his 2007 reconstruction of protester Brian Haw's long-running, one-man peace camp against the Iraq war, to the gallery. The museum also announced that it has acquired the earliest work by a female artist to enter the collection, Portrait of an Unknown Lady (1650–55) by Joan Carlile, who was the first woman in Britain to work as a professional portrait painter in oil.

Tate Britain Director Alex Farquharson said: "We have a responsibility to build the national collection of British art on behalf of future generations. This is not the result of a wild spending spree." 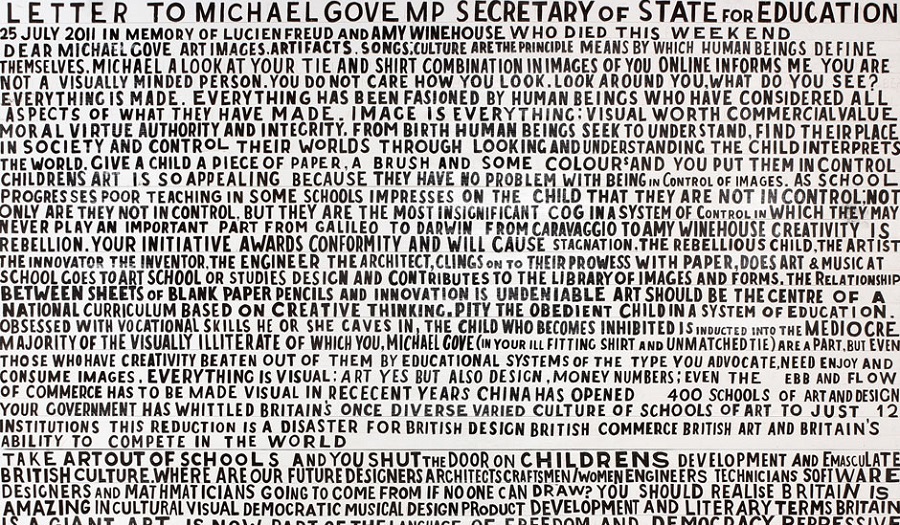