The Cass Projects Office take part in the Open Office residency at The Architecture Foundation, designed and organised by We Made That.

Architectural Assistant at The Cass Projects Office, Zoe Berman has been taking part in the Open Office at the Architecture Foundation.

London-based architects We Made That are running a month London residency in The AF Project Space. The practice is lead by Oliver Goodhall, and Holly Lewis who tutors Year 1 undergraduate Architecture at The Cass.

Operating on a walk-in basis The Open Office is part ‘Citizens Urban Advice Bureau’, and part functioning practice. Zoe has been invited to take part in one of a series of research projects that explore urban and planning issues. The temporary practice space has been developed to offer an approachable and dynamic forum for public discussions about cities, planning, architecture and communities, in the particular context of the 2011 Localism Act in England.

The residency is being punctuated by an evolving events public reviews, debates and film screenings. It has been written about by The Guardian newspapers Architecture and Design writer Oliver Wainwright, who is chairing the closing session Learning From the Open Office at the Architecture Foundation on Wednesday 20th March. 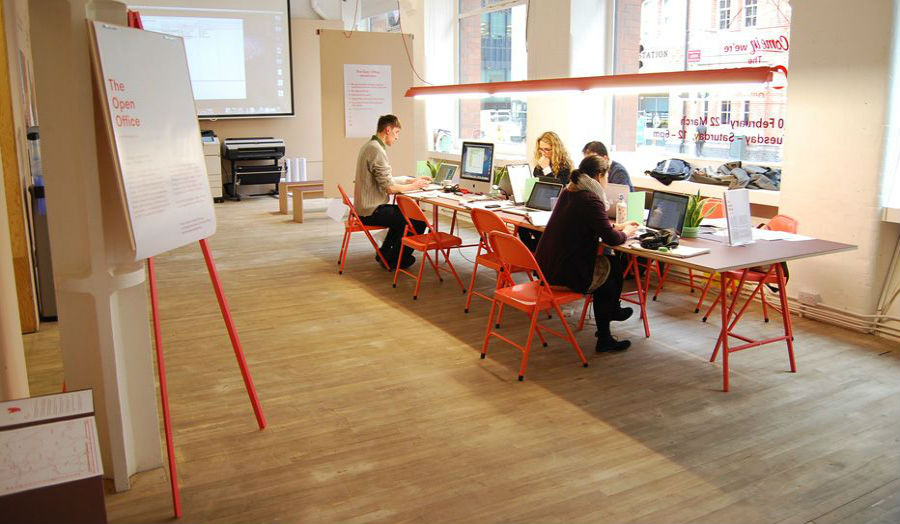