Taking on the world...one marshmallow at a time News

The winners of the 2018 Big Idea Challenge Creative category has been shortlisted for a national food innovation prize with ‘Fabamallow,’ a vegan chocolate covered marshmallow.

Dimple Divecha, Sonia La Fauci, Jan Brady and Jasmine Lenoble (pictured), all Food Science MSc students at London Met, were announced as the winner of the Big Idea Challenge in April 2018 with their idea, Fabamallow, a vegan chocolate covered marshmallow. Since winning the competition, they have gone on to develop and promote their idea.

Now in its sixth year, Ecotrophelia challenges teams of UK students to develop an innovative, eco-friendly food and drink products. All five finalists’ ideas are meat-free and four are also vegan.

Under the brand of ‘Supreme Sweets,’ Dimple, Jan, Sonia and Jasmine will pitch their idea on Tuesday 5 June at Campden BRI to a panel of ‘dragons’ who are senior food experts from leading food outlets including Marks and Spencer (prize sponsor), Coca-Cola, Unilever, PepsiCo, Mondelez, Sainsbury’s, Warburtons, Tesco, Food Manufacture, Institute of Food Science and Technology (IFST) and Campden BRI. Additional sponsorship is provided by food matters LIVE.

Bertrand Emond, Head of Membership and Training at Campden BRI said, “It’s fantastic to see so many young people engage with this competition and put forward such innovative products. Around 300 students from 16 different universities across the UK have now taken part since 2013.

“Last year’s winning team went on to win silver prize in the European final with their vegan sushi made from cauliflower rice and fresh vegetables; building on the bronze prize the previous year, so we have high hopes for the teams again this year. We are also delighted by the interest shown and support provided by the industry.”

The winner of the competition will be announced on Wednesday 6 June and will receive £3,500 and represent the UK at the Ecotrophelia European finals, which will be held at the SIAL Paris food exhibition on 21 and 22 October 2018. 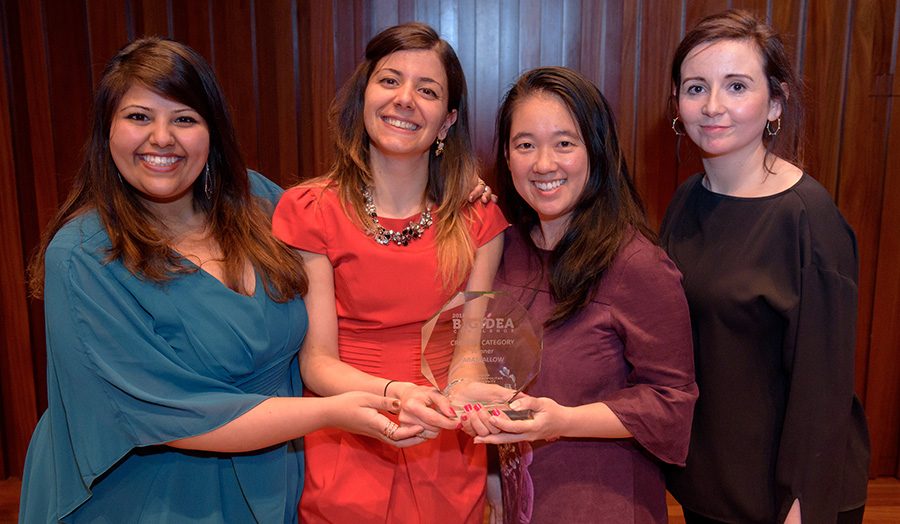