A fundraising campaign to build a useful, safe and valued building for the unaccompanied children living in the Calais migrant camp.

A group of Cass students from Unit 4 of Professional Diploma in Architecture – RIBA2 recently travelled to ‘The Jungle’, in Calais. On reflection of their time spent there the group decided that the community buildings are essential to any semblance of hope and act as safe places for children, and as hubs for the improvement of daily life.

The collective called Tak Tak Tak is going to make a flat-pack building called the Calais Kids Space, which will support unaccompanied children living in the migrant camp. Research began for this project several months ago following an eye-opening time spent volunteering with aid organisations.

All buildings and shelters in Calais are built under extreme pressure. These pressures mean that things are done quickly in order to provide immediate aid to anybody that needs it. Tak Tak Tak have had the gift of time to think through the implementation of a building in detail. They are acting upon this opportunity by building something which will in some way help to alleviate the struggles that residents and volunteers face daily.

The group feel it is extremely important to raise awareness and to help improve the situation for these children, with most of them teenage boys in some of the most important stages of personal development. For them to be living alone in an unknown place like the Jungle is wrong, and they need help. The Calais Kids Space is a way to provide at least some help and will provide increased stability and serve as somewhere where these children can feel secure.

Over the past months, the team has spent a lot of time working on the most appropriate design solution. It has been hugely important that the space inside and outside the Calais Kids Space is the best it can be. But to make that happen, it needs to be easy to build when we arrive in the Jungle. The main driver was to design a building which could be dismantled, rather than having to be permanent. This gives it extended use in an increasingly turbulent political and social context. Should the residents of the Jungle be evicted, the Calais Kids Space can be taken down and moved elsewhere, rather than facing demolition.

The Calais Kids Space is a flat-pack timber frame, which is insulated and clad with materials which are the staple for construction in the 'Jungle'. Where possible the design capitalises on materials which are destined for land-fill. Tires, for example, when filled with concrete are the perfect moveable foundation. Rigid foam insulation is often put in skips on building sites. By using ‘waste’ in clever ways, it will help to reduce costs and to reduce unnecessary damage to the environment.

It will be a building which is useful, safe and valued. However Tak Tak Tak need help to make it happen and have therefore launched a fundraising campaign in the hope of reaching a target of £6,600. This will pay for the building and the logistics of getting it to Calais. As a voluntary project, all the money donated will go directly to the project and its realization.

If you wish to support this project, please donate at: www.crowdfunder.co.uk/calaiskidsspace 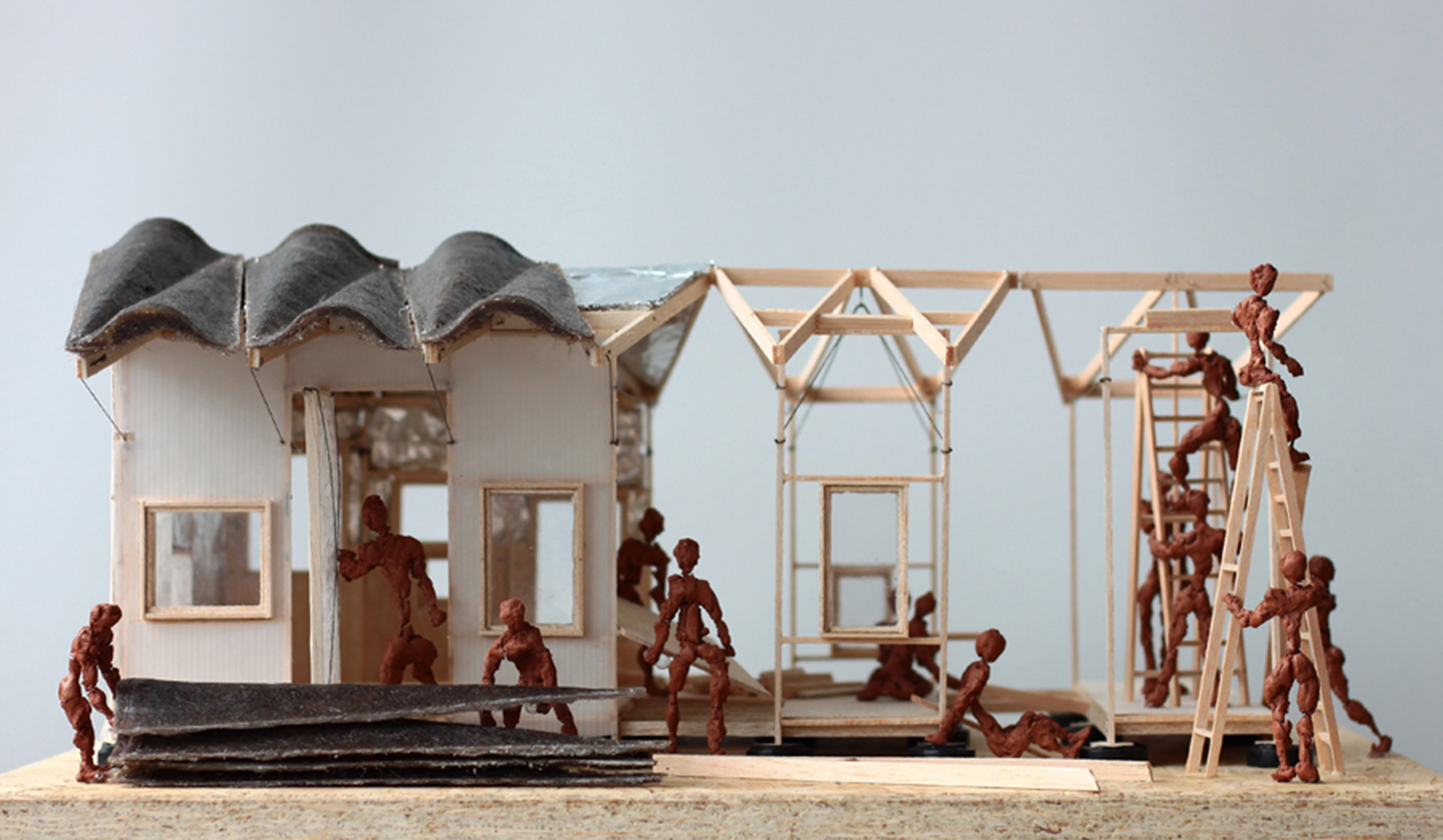