The ceremony, held at St Botolph without Bishopsgate Church in the heart of The City of London, recognised talent and achievement across all areas of the University community.

Over 300 nominations were made in the run up to the awards, which included categories such as Most Inspirational Lecturer and Society of the Year.

“We are delighted with how many students voted, it really is amazing,” said Syed Ruman, Students’ Union Vice President for Education who helped organise the event. “It is a way of recognising students’ contribution to the Students’ Union (SU) and the University, as well as motivating others to become more active in the SU.”

The awards, which were attended by the Vice-Chancellor and members of the Board of Governors, reflect the commitment and enthusiasm of London Met students, who have achieved success through passion and hard work.

One such student is Gabriele Butkute, who studies BSc Biomedical Sciences at London Met. When Gabriele felt there should be a group for science students at the University, she took it upon herself to make a difference. In October 2012, Gabriele created the Society of Life Sciences and, despite the group only running for a few months, scooped the Society of the Year Award.

“We’ve held four successful events, one of which – Research Inside Out – was also nominated for the Event of the Year award,” said Gabriele, who studies in the Faculty of Life Sciences and Computing. “We focus on the scientific research at London Met, finding out what’s happening here in the University. I want to hold more events and for the society to keep going - I’d like it to be my legacy for future students!”

So, what is the secret to Gabriele’s rapid success?

“You have to love what you do,” she said. “I love studying science at London Met, and I love talking about local research in the University. That’s what students want and so that’s what we do.”

Incorporated into the ceremony were the Student Led Teaching Awards, launched last year by student Ife Okafor. The awards are a way for students to thank the staff members who have enhanced their educational experience at London Met.

Janette Harris, who lectures on the BA Interior Design course, won the Best Lecturer Award. She said: “I would like to give my sincere thanks to all my students in Interior Design BA (Hons), within The Cass Faculty of Art, Architecture and Design, and London Metropolitan University Students’ Union for this unexpected award.

“It is a great honour to be recognised in a role that I adore. The course strives to create the best environment to enable students to develop lifelong learning skills, and I am heartened that this approach resonates with our students.”

It wasn't just academics who were recognised in the Awards. They also acknowledged the fantastic work done by staff who support students outside the classroom.

Emma Greenough, Work Placement Officer in the Faculty of Law, Governance and International Relations, won the Support Staff Member of Year Award. She said: “I always try to help students and look at ways in which their experience can be enhanced during their time at University. I feel it's really important that students gain a wider experience beyond the lecture hall and I’m proud to be part of a team that supports this.

“I feel honoured that the students have recognised me with this award and wish them every success in their upcoming exams and beyond.”

Ayoola Onifade, SU President for the academic year 2012-13, believes the event encapsulated all that is good about London Met.

“Everyone is happy about the awards, the event went very well and it was a great way to encourage students to become more involved with the Students’ Union.

“I hope the awards keep going for many years to come.”

Event, Activity or Campaign of the Year – METIMUM

StAR of the Year – Natali Dimitrova 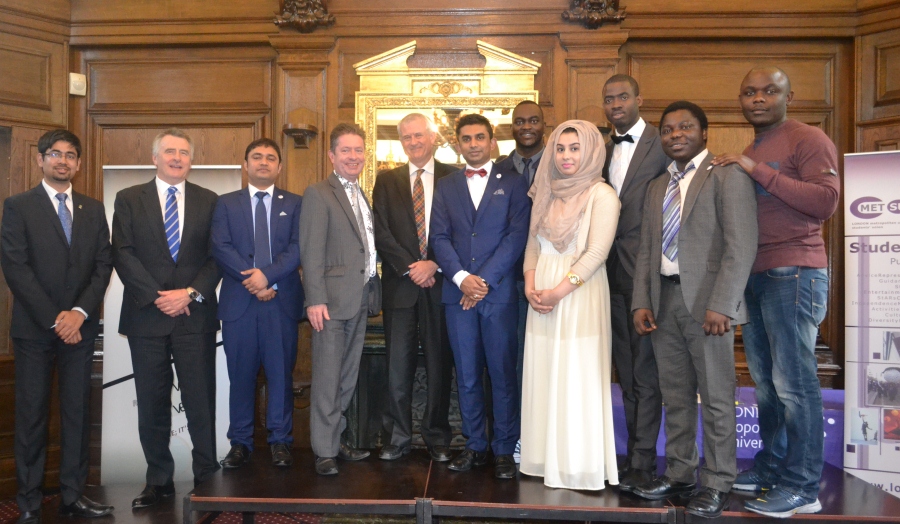