Strings attached News from the School of Art, Architecture and Design 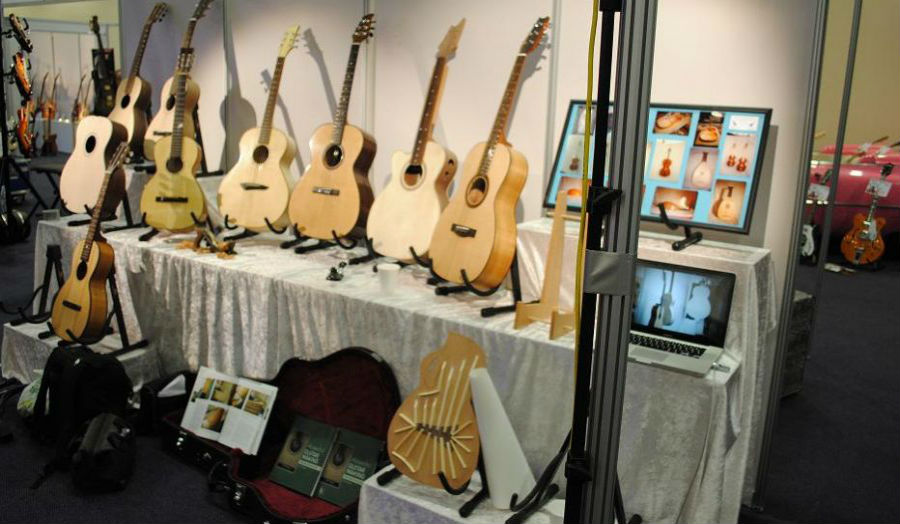 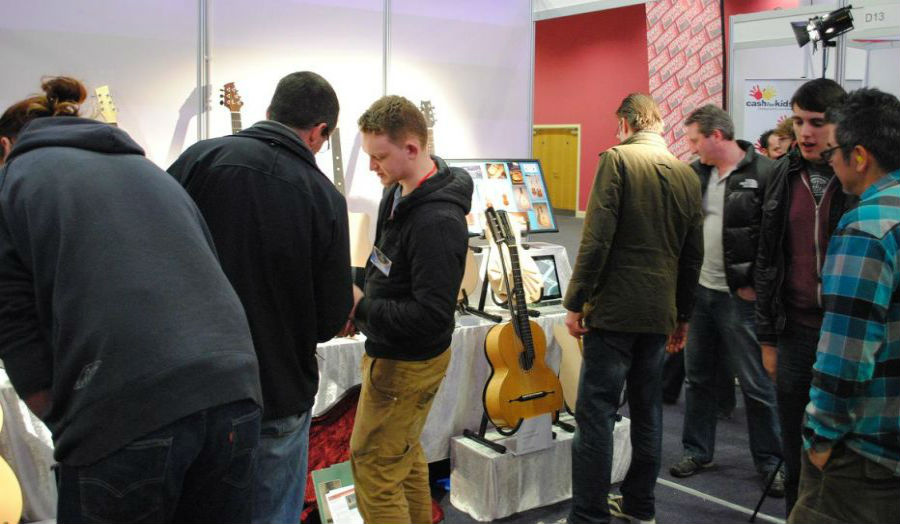 Third year BSc Musical Instrument degree students travelled up to Birmingham on the weekend 23rd/24th February to exhibit their instruments at the Great British Guitar Show in New Bingley Hall.

This was part of their new module Exhibition Practice, and proved an invaluable experience for them. Under the banner ‘Luthiers at the Cass’, they talked to many interested members of the public, and showed off guitars that were either finished or were work in progress. They also met members of the trade and press, and a good number of important contacts were made.

‘It was an exhausting show’ said the Course Leader, Nick Blishen, ‘as at times it sounded like a hundred guitarists playing different tunes at once, but it was a great experience, and we have been invited back for next year’.